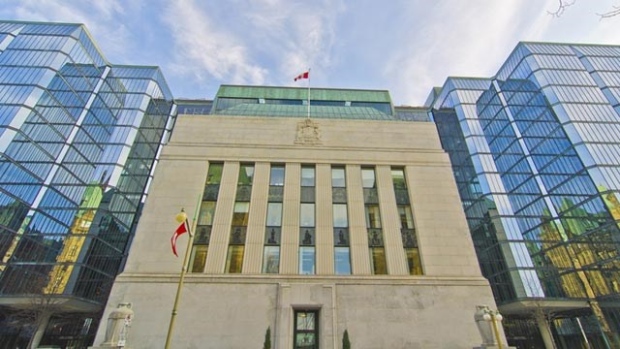 The Bank of Canada is widely expected to pull the trigger on a 25 basis point rate increase at its January meeting, the third hike in less than a year as the underlying economy shows continued signs of strength.

The implied probability of a hike stood at more than 86 per cent Friday morning. A string of recent positive economic data points have goosed expectations Stephen Poloz would go further than just reversing the pair of emergency cuts in the wake of the cataclysmic oil price fall in 2015 and begin normalizing rates.

While the market-implied probability suggests an increase at Wednesday’s meeting is essentially a slam dunk, BMO Chief Economist Doug Porter is warning investors shouldn’t take anything for granted.

While Porter believes the bank will almost certainly increase rates to 1.25 per cent he said the central bank doesn’t owe the markets anything.

“I don't believe the Bank is beholden to the market (and certainly not economists' projections), and this Bank has shown many times it is willing to surprise,” Porter told BNN in an email. “Having said that, market expectations are a consideration for the Bank; but the sense is that provided there is at least a moderate market opinion in one direction, the Bank is willing to move that way … while they don't mind surprising the market, they don't want to shock it.”

In fact, Poloz has bucked expectations twice in just the last two years: first by unexpectedly holding on rates in January 2016 and more recently by hiking the benchmark rate last September after falling largely silent for much of the summer.

The latter move, when markets were pricing in less than 50 per cent odds of an increase, prompted Porter to channel his inner Cool Hand Luke in criticizing Poloz for a failure to communicate, setting the stage for a brief, yet terse, back and forth between the two.

Porter is far from the only member of the economics community to take umbrage with Poloz’s communications style. In a telephone interview, Randall Bartlett, the Chief Economist of the Institute of Fiscal Studies and Democracy, told BNN he thinks Poloz is a “terrible communicator” who would do well to better telegraph his view of the world to the Canadian business community.

“We’ve seen [the criticism over communications] before from Bay Street … I think it’s well-founded: when market expectations become tilted so heavily toward one outcome, it becomes a tipping point,” he said. “If he goes against markets in that environment, it becomes disruptive.”

Those disruptions were plainly evident both times Poloz went against the grain in his rate decisions. In the wake of both 2016’s hold and 2017 surprise hike, the Canadian dollar rallied instantaneously and violently, adding more than two per cent over the subsequent two trading days.

While Bartlett echoed Porter’s call for a rate increase at Wednesday’s meeting, he said it’s still entirely possible Poloz takes his finger off the button in a bid to avoid becoming an irritant to household balance sheets.

“The Bank of Canada is looking at even the smallest impacts a rate hike would have on household finances,” he said. “Given the high household leverage, if they hike rates aggressively, the average Canadian is screwed. It’s a tough place to be in, and I think the Bank of Canada painted themselves into a corner.”

Bartlett said the best way for the central bank to extricate itself from the corner is not to be paralyzed by concerns, but embark on a steady, measured path to higher rates.

“The longer [Poloz] keeps rates low, the longer he exacerbates housing imbalances,” he said. “There’s very little for the bank to hide behind anymore when it comes to current data. You can cite future uncertainty, but we live in the now.”

Ultimately, BMO’s Porter said Poloz is free to do what he thinks is best, but if the Bank of Canada doesn’t come through with another hike, he’s got some explaining to do.

“When the market and analyst opinion is leaning so heavily in one direction, as it is now, the Bank would have to offer a very good explanation for why they see things differently.”

How will rising interest rates affect you?