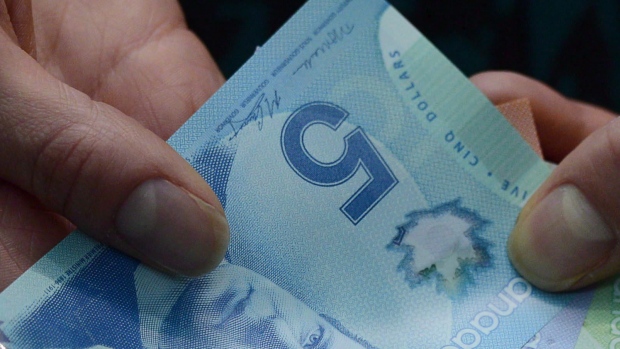 Polymer bank notes are shown during a news conference at the Bank of Canada in Ottawa on April 30, 2013. , The Canadian Press

VANCOUVER -- Bank of Canada governor Stephen Poloz says the central bank is working on plans for a new $5 bill.

Speaking in Vancouver, Poloz says the bank will soon be launching public consultations about who should appear on the new bill.

The consultations will be similar to those that led to the choice of Viola Desmond for the $10 bill which began circulation in 2018.

Desmond, a Nova Scotia civil rights pioneer and businesswoman, was selected by the finance minister to be on the $10 bill after an open call for nominations for iconic women who could appear on a bank note.

Poloz says this time the bank will be asking Canadians to nominate any historic Canadian they think may be worthy to be on the new bill.