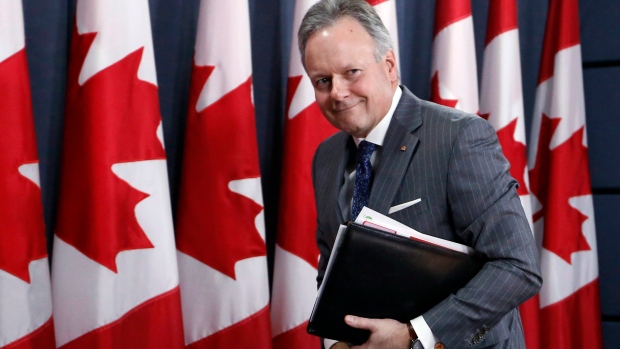 Stephen Poloz, Governor of the Bank of Canada, leaves a news conference after the release of the bank's Monetary Policy Report, in Ottawa, Wednesday, April 12, 2017. , THE CANADIAN PRESS/Fred Chartrand

Canada's soaring housing markets will help fuel dramatically stronger economic growth this year, but the Bank of Canada warns it's a GDP adrenaline shot that could spell trouble down the road.

When it comes to the red-hot Toronto market, the bank cautions that "speculation" appears to be playing a "larger role."

And the debt loads that Canadians are piling on, the bank says, will continue to grow.

Despite the warnings in the Monetary Policy Report, the bank is holding its key rate at 0.5 per cent — and later made it clear more stimulus wasn’t being considered.

“A rate cut was not on the table at this time,” Governor Stephen Poloz said in a news conference.

Even so, the cost of borrowing remains historically low as Poloz remains unwilling to sound the all-clear on the Canadian economy.

Several prominent Bay Street economists are calling for a more hawkish Bank of Canada to tamp down expectations that interest rates will never go higher. 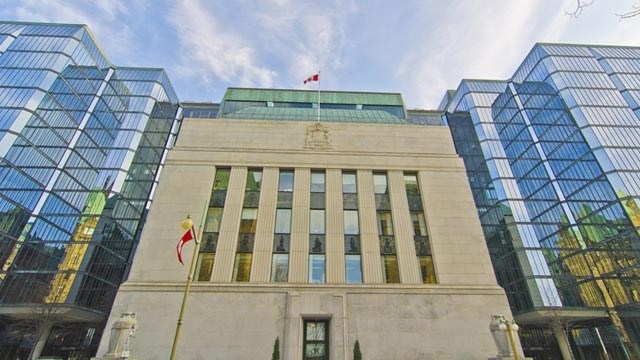 What should be the Bank of Canada’s primary concern?

BMO Chief Economist Doug Porter has told BNN that change of tune could cast a "shadow of doubt" in the housing market that would "be helpful."

Despite a strong run of economic data, uncertainty remains the keyword for the Bank of Canada — particularly the rise of protectionist trade policies and U.S. President Donald Trump's legislative plans.

That's keeping business investment below where it should be at this stage of the economic recovery, despite modest intentions to spend.

“A notable increase in global protectionism remains the most important source of uncertainty facing the Canadian economy,” the Bank said in its Monetary Policy Report.

Still, the Bank can't ignore the strong start to 2017 — upgrading growth projections for the first quarter to 3.8 per cent from 2.5 per cent in its January report.

But it credits a "temporary surge" as the oil and gas sector rebounded, Canadians kept spending and real estate served as a pillar.

It's a feverish pace that's "unlikely to be sustained given the economic fundamentals."

At the current pace, rising home prices provide a "near-term boost" to the economy. But, that could "further exacerbate" risks to the financial system down the road.

Despite the red flags, Wednesday's report reflects a bank squarely focused on its inflation mandate. Policy to cool housing, the bank has noted, is best handled by others.

And while headline inflation has hit the Bank's two per cent sweet spot, the bank says that's largely about energy prices coming off dramatic lows. The bank's core measures of inflation are all drifting lower.

On the trade front, the Bank is forecasting modestly softer export growth — uncertainty about U.S. trade policy gets the blame here.

When it comes to the labour market, the Canadian economy continues to add jobs at a surprising rate. Again, the Bank pours some cold water on that enthusiasm because growth in hours worked and wages is weak.

On the oil front, the Bank's assumption is that WTI will remain near US$50 a barrel.

The assumption for the loonie is that it will trade close to 75 cents US.

And while the economy will accelerate to 2.6 per cent growth this year, the Bank sees it moderating to 1.9 per cent next year, and 1.8 per cent in 2019 — when housing provides a drag on growth.

The economy is seen returning to its full potential in the first half of 2018 — sooner than expected in the January report.