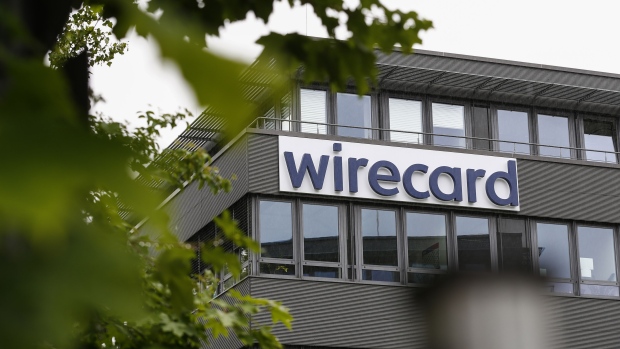 The Wirecard AG headquarters stand in the Aschheim district of Munich, Germany, on Friday, June 19, 2020. Wirecard shares continued their free-fall after the two Asian banks that were supposed to be holding 1.9 billion euros ($2.1 billion) of missing cash denied any business relationship with the German payments company. , Bloomberg

Bank of China Ltd. is discussing ending a credit facility to Germany’s Wirecard AG, a move that would complicate the beleaguered company’s fight for survival after it was engulfed by a multi-billion-dollar accounting scandal.

China’s fourth-largest lender may write off most of the 80 million euros (US$90 million) it’s owed and not extend the credit line, the people said, asking not to be identified as the discussions are private.

Bank of China -- one of a group of at least 15 commercial banks behind US$2 billion in financing to Wirecard -- plans to engage an external legal team to look into how it can minimize losses, they said.

When a borrower breaches the terms of an revolving credit facility, the lenders may decide to renew the agreement, but the decision usually needs unanimity, meaning the borrower may need to repay the entire loan if one bank refuses to sign the deal.

Banks which refuse to extend the agreement can also try to sell the loan to another party -- usually loan traders, thereby transferring the decision making power to a new party.

Most of the banks are leaning toward an extension of the repayment obligation in order to better assess the potential impact of a default on their balance sheets, Bloomberg reported earlier. Negotiations between Wirecard and its creditors are ongoing and the Chinese lender hasn’t made a final decision, the people said.

The deepening crisis has seen Wirecard’s shares and bonds collapse, its chief executive depart and trained a spotlight on Bafin’s handling of persistent allegations of accounting irregularities at the fintech firm.

Bank of China is part of a revolving credit facility of about 1.75 billion euros, Bloomberg reported earlier. Under the current lending agreement, banks can call in loans before the maturity or take legal action if terms are breached, or if conditions attached to the facility aren’t met.

The German payments company had warned that loans of as much as 2 billion euros could be terminated if its audited annual report weren’t published on Friday. Wirecard’s other lenders including Commerzbank AG and ABN Amro.

Wirecard is working with investment bank Houlihan Lokey on a sustainable financing strategy, while also considering a broad restructuring to keep its business operations going, the company said on Monday.

Concerns over the missing money have wiped more than 80 per cent off Wirecard’s market value and prompted the resignation of CEO Markus Braun, who was replaced on an interim basis by James Freis. In an indication of the company’s worsening outlook, Moody’s Investors Service withdrew Wirecard’s credit ratings after last week cutting it six levels.