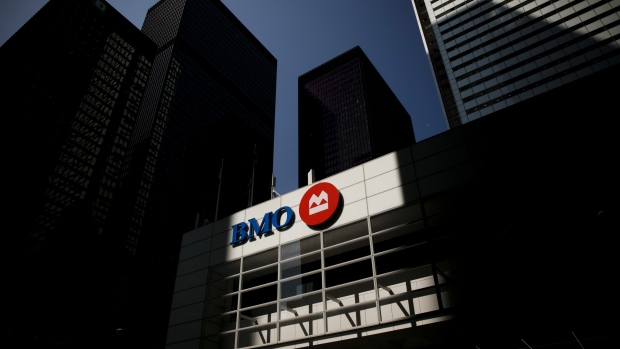 Bank of Montreal (BMO) signage is displayed on a building in the financial district of Toronto, Ontario, Canada, on Thursday, July 25, 2019. Canadian stocks fell as tech heavyweight Shopify Inc. weighed on the benchmark and investors continued to flee pot companies. , Bloomberg

(Bloomberg) -- Bank of Montreal’s push to double wealth-management earnings in five years got a boost in the fiscal fourth quarter, even as the company took a C$357 million ($268 million) charge tied mostly to job cuts.