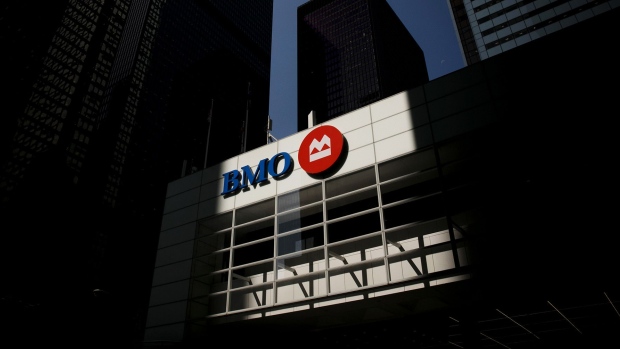 Bank of Montreal (BMO) signage is displayed on a building in the financial district of Toronto. , Photographer: Brent Lewin/Bloomberg

Bank of Montreal is exploring options for its asset management operations, as the Canadian firm considers scaling back the business’s international footprint, people with knowledge of the matter said.

The lender is working with an adviser to study strategic alternatives for the unit, according to the people, who asked not to be identified because the information is private. The review, which is at an early stage, could lead Bank of Montreal to seek a buyer for some parts of the asset management business outside its home market, the people said.

Cutthroat competition on fees and the shift to passive management have been reshaping the once-lucrative fund industry. Some banks are considering pulling out of the space, with Societe Generale SA and Wells Fargo & Co. both reviewing their asset management operations, Bloomberg News has reported. Larger players have been diving deeper into the business, with Morgan Stanley agreeing this month to buy Eaton Vance Corp. for about US$7 billion.

No final decisions have been made, and there’s no certainty the deliberations will lead to a transaction, the people said. A representative for Bank of Montreal declined to comment.

BMO Global Asset Management has offices in over 20 locations and about 1,200 people managing assets for clients. It had more than US$273 billion of assets under management at the end of 2019, according to its website.

The main holding company for its operations in Europe, the Middle East and Africa reported 89.1 billion pounds (US$115.2 billion) of assets under management at the end of October 2019, according to a regulatory filing. The firm’s overseas presence was extended through its US$1.2 billion acquisition of F&C Asset Management Plc, manager of the oldest U.K. investment fund, in 2014.

BMO, Canada’s fourth-largest lender by assets, has weathered the Covid-19 pandemic on the back of strong results from its capital-markets unit, which has benefited from a surge in trading amid volatility.

Some have feared that the Toronto-based bank faces defaults from its heavy exposure to commercial lending. Chief Executive Officer Darryl White has hit back at those concerns, saying the firm selected clients that can weather the downturn and he doesn’t expect out-sized losses.