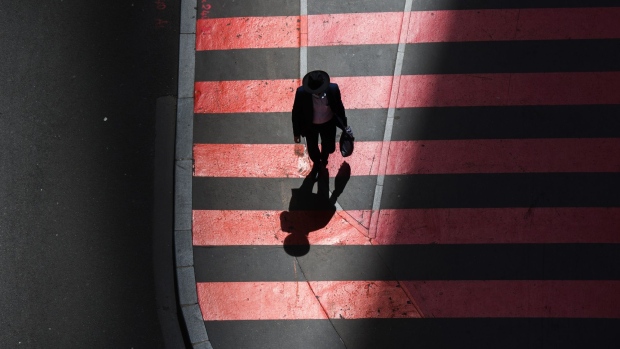 Last week, a Paris court put the finishing touches on a costly turnaround that left Laurent Azout losing all but a fraction of his award and even owing the company thousands of euros for not working his three-month notice period.

The legal saga puts the spotlight on a French provision called a “prise d’acte,” often used by bankers and other white-collar workers to complain that their employer’s behavior is so egregious they simply can’t stay. In effect, employees can quit while blaming their bosses for their departure and subsequently collect unfair-dismissal payouts in court.

The provision allows an employee to terminate an employment contract if the employer carries out “sufficiently serious breaches,” the Paris judges noted in their ruling.

After joining Messier Maris in 2011 to run the newly-created structure’s telecom, media and technology sector, Azout got nearly 1.7 million euros over four years through a so-called guaranteed-bonus program. The awards were meant to ensure his pay was sufficient as he built up a new clientele after leaving Lazard Ltd. and until he started collecting performance-based “origination” bonuses.

The judges considered in their ruling that the phasing out of the guaranteed bonus was justified given that Azout had received a 1.1 million-euro origination bonus in 2015, up from less than 200,000 euros the previous year.

“The employer’s breaches don’t appear to have been sufficiently serious to prevent the job contract from carrying on,” the Paris court of appeals ruled.

The 43-year-old was even ordered in the Paris appeals court ruling last week to pay Messier Maris 54,999.99 euros for not working his three-month notice period.

A lawyer for Azout, who now works at Cambon Partners in Paris, and Messier Maris representatives didn’t respond to requests for comment.

Azout’s departure in 2016 is in keeping with regular comings and goings at Messier Maris. Over a decade after they teamed up, tensions between founders Jean-Marie Messier and Erik Maris came to a head. Maris left in 2020, just a year after Mediobanca acquired the bank, amid reports of clashes with Messier over staff promotions and their presence in New York.

Laura Scolan jumped ship a few months back to join Tikehau Capital, Fady Lahame left for Macquarie Capital in 2019 and Francois Guichot-Perere -- dubbed by some “Mr. Restructuring” -- made a Lazard comeback in 2015.

With Messier now in charge, the M&A firm has recently been in the news for acting as financial advisers to Veolia Environnement SA in its bid to take over French rival Suez SA. Two months ago, Messier Maris secured the high-profile signature of Hubert Preschez from HSBC Holdings Plc.