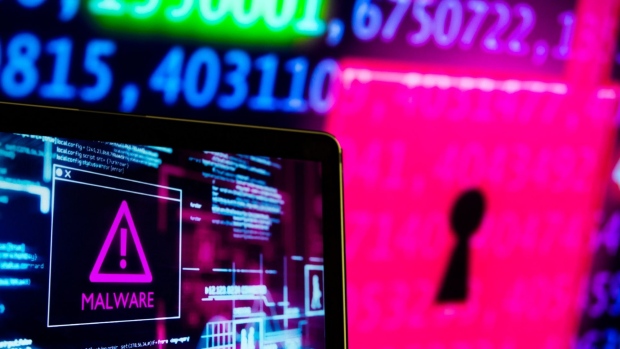 (Bloomberg) -- A global cyber-intelligence group for financial institutions has launched an information-sharing campaign to help members combat a surge in cyberattacks on the digital supply chain.

The Financial Services Information Sharing and Analysis Center plans to data and strategies on cyber threats with its members and the firms that host, connect and protect much of those institutions technology. Akamai Technologies Inc., a global cybersecurity company, will be the program’s first “critical provider,” with the idea that others will eventually join.

The center -- known as FS-ISAC -- has established a dedicated channel on its chat platform, where financial institutions and tech providers can communicate during such things as large-scale security upgrades, technical outages and cyber incidents. The idea is to cut through a massive pool of cybersecurity intelligence and provide actionable information, especially during major cyberattacks.

Teresa Walsh, FS-ISAC’s global head of intelligence, said her group raised its cyber threat level an unprecedented three times in the last year. Major cyberattacks on the software supply chain showed how important it was for financial institutions to secure not just their own systems but the entire network of suppliers, she said.

“In the event of a large-scale incident,” Walsh said, “this will empower our members to act and/or remediate expeditiously, while arming them with the pertinent information to brief key stakeholders.”

Boaz Gelbord, chief security officer at Akamai, said the financial sector’s adversaries have created an advanced marketplace for hacking tools and exploits. The way to combat that, he said, was to share information quickly and widely. The Critical Providers Program will be particularly helpful to smaller institutions that their own teams of cybersecurity experts hunting for potential threats, he said.