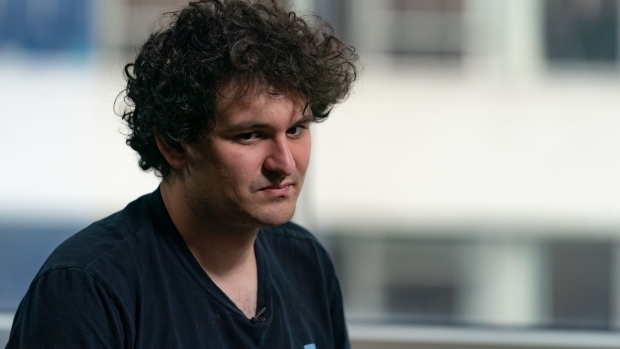 Sam Bankman-Fried, founder and chief executive officer of FTX Cryptocurrency Derivatives Exchange, during an interview on an episode of Bloomberg Wealth with David Rubenstein in New York, US, on Wednesday, Aug 17, 2022. Crypto exchange FTX US is expanding its no-fee stock trading service to all US users, including non-crypto investors, in a move to expand its customer base and increase assets under custody. , Bloomberg

(Bloomberg) -- Sam Bankman-Fried missed the deadline set by a US Senate committee for a response to a request to testify at a Dec. 14 hearing about cryptocurrency exchange FTX’s collapse into bankruptcy.

Bankman-Fried’s counsel didn’t reply in the stated time-frame, the Senate Committee on Banking, Housing, and Urban Affairs said in a statement.

“We believe it’s important that Bankman-Fried show he is willing to provide transparency and accountability to the American people by providing testimony,” committee Chairman Sherrod Brown and Ranking Member Pat Toomey said in the statement. “We will continue to work on having him appear before Congress as detailed in Wednesday’s letter.”

In that letter Senator Brown wrote that he and Senator Toomey are prepared to issue a subpoena if Bankman-Fried doesn’t choose to appear voluntarily. The disgraced former crypto mogul faces a slew of investigations and class-action lawsuits aimed at him or the companies in his defunct empire.

Bankman-Fried, who hasn’t been charged with any crimes, has denied trying to perpetrate a fraud while admitting to grievous managerial errors at FTX. Bankman-Fried and his spokesman Mark Botnick didn’t return requests for comment on the latest statement from the Senate banking panel.

In a series of messages sent over Twitter on Friday, Bankman-Fried said he’s “willing to testify’ on Dec. 13, though he would be limited in what he would be able to say because of limited access to “much of my data.”

Botnick on Tuesday confirmed that Bankman-Fried had retained New York defense attorney Mark Cohen to represent him. Cohen was previously part of the team that represented convicted sex trafficker Ghislaine Maxwell and successfully defended analyst Peter Black against a Securities and Exchange Commission suit in a 2014 trial.

Bankman-Fried has also been asked to testify before the House Financial Services Committee, with Chairwoman Maxine Waters saying Wednesday that it’s “imperative” that he attend a Dec. 13 hearing.

FTX’s new Chief Executive Officer John J. Ray III, the restructuring expert who took over the firm in bankruptcy, will testify at the House panel. He’s painted a picture of FTX as a mismanaged, largely out-of-control company bathed in conflicts and lacking basic accounting practices, calling it the worst failure of corporate controls he’d ever seen.

FTX imploded with an $8 billion hole in its balance sheet and there are many questions about whether it mishandled customer funds. It owes its 50 biggest unsecured creditors a total of $3.1 billion and there may be more than a million creditors globally.

--With assistance from Victoria Batchelor, Olga Kharif and Allyson Versprille.