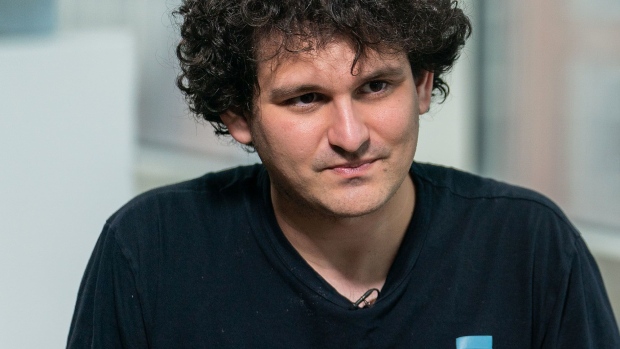 (Bloomberg) -- The House Financial Services Committee confirmed that former FTX Chief Executive Officer Sam Bankman-Fried will testify at a hearing next week on the disintegration of his crypto empire.

He is now listed as a witness alongside current FTX CEO John J. Ray III, according to a media advisory the committee sent out late Friday. The hearing will be split into two parts, each one featuring one of the men.

Bankman-Fried, in a series of messages sent over Twitter earlier Friday, said he was “willing to testify” but would be limited in what he would be able to say because he didn’t have access to much of his data — “professional or personal.” Earlier in the day, Bankman-Fried’s spokesman, Mark Botnick, had said “details are still being worked out” when asked about the hearing.

Bankman-Fried missed the deadline set by the Senate Banking Committee for a response to a request to testify at its separate, Dec. 14 hearing on FTX. His counsel didn’t reply in the needed time frame, the committee said Thursday in a statement. There is still no word as to whether the former crypto magnate will also appear at that hearing.

Bankman-Fried, who hasn’t been charged with any crimes, has denied trying to perpetrate a fraud, though he has owned up to grievous managerial errors at FTX.

Bahamas-based FTX and more than 100 related entities, including the company’s US arm, filed for bankruptcy in November, sending shock waves across the crypto ecosystem. The firm, which had been one of the world’s largest digital-asset exchanges, and its founder now face scrutiny from regulators and prosecutors in the US and overseas. The probes could eventually lead to criminal charges.

At the center of the investigations into the FTX implosion are questions about whether FTX mishandled customer funds by lending them out to the trading platform’s sister company, Alameda Research, to shore up risky bets.

--With assistance from Yueqi Yang.

(Updates with House committee’s confirmation that Bankman-Fried will testify.)