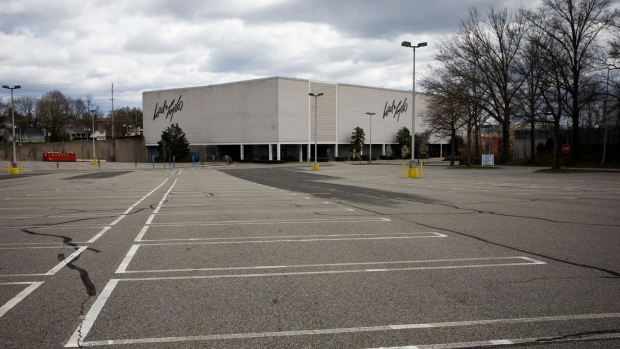 (Bloomberg) -- Every week seems to bring another round of retail bankruptcies. With conditions worsening, the numbers are likely to keep climbing.

Over the weekend, Tailored Brands Inc. -- the owner of Men’s Wearhouse and JoS. A. Bank -- and department store Lord & Taylor filed for Chapter 11. The Canadian unit of Chico’s FAS Inc. declared bankruptcy on July 31. The previous week, it was Ann Taylor and Lane Bryant parent Ascena Retail Group Inc.

At least 25 major retailers have now filed for bankruptcy this year, with 10 of these coming over the last five weeks. The steady drumbeat of bankruptcies goes back to mid-March, when the lockdown of non-essential retailers began in an attempt to halt the spread of Covid-19. The U.S. economy has now largely reopened, but this hasn’t provided relief to the battered industry, which has taken on more leverage in the battle to survive.

“The common denominator is debt,” said Simeon Siegel, an analyst at BMO Capital Markets. “At this point, now everyone has debt. Everyone took on massive amounts of liquidity.”

With the U.S. seeing a resurgence of Covid-19, retailers are now flying blind into the year’s most vital shopping months. Companies have to juggle decisions on cost cutting, store closures and merchandise without having a clear picture of where consumer demand will be or how bad economic conditions will get.

Apparel sales were down about 30% in June, even as overall U.S. retail sales have picked up this summer, according to Panjiva, the supply chain research unit of S&P Global Market Intelligence.

Most of the companies in bankruptcy are trying to survive, but that could change if conditions worsen, or if lawmakers are unable to reach an agreement on unemployment benefits. Coresight analyst Deborah Weinswig said in June that she expects to see more retailers go straight to liquidation, rather than try to continue operating by restructuring debt.

At the moment, conditions are far from optimal: Demand and store traffic are low and companies are more heavily indebted.

“If holiday follows the same course, we’re all in for a world of trouble,” said Siegel. “The hope is come holiday, there will be some sort of return to a better version of new normal.”