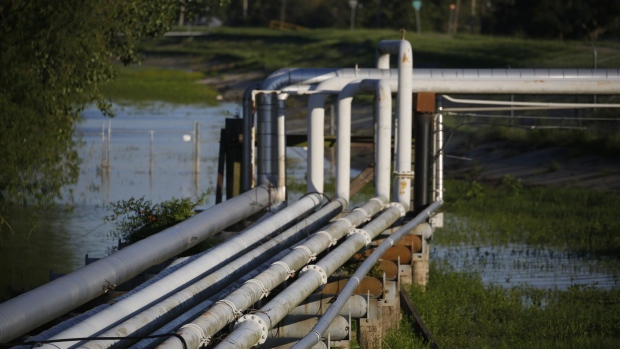 Pipelines run from a Mississippi River dock toward the Royal Dutch Shell Plc Norco Refinery in Norco, Louisiana, U.S., on Friday, June 12, 2020. Oil eclipsed $40 a barrel in New York on Friday, extending a slow but relentless rise that’s been fueled by a pick-up in demand and could signal a reawakening for U.S. shale production. Photographer: Luke Sharrett/Bloomberg , Bloomberg

So-called borrowing bases will increase as much as 20% during the imminent round of talks between drillers and lenders, according to most respondents in a survey conducted by law firm Haynes & Boone LLP.

The findings indicate a continued improvement after the dire conditions experienced in the oil and gas sector last year, when the pandemic and global gluts led to a slump in energy prices and prompted banks to cut back on lending.

The previous Haynes & Boone survey, published in April, indicated borrowing bases would remain flat or rise by 10%. Lending against crude and gas reserves, a key source of capital for explorers, typically sees twice-year retederminations, in which bankers reassess their commitments.