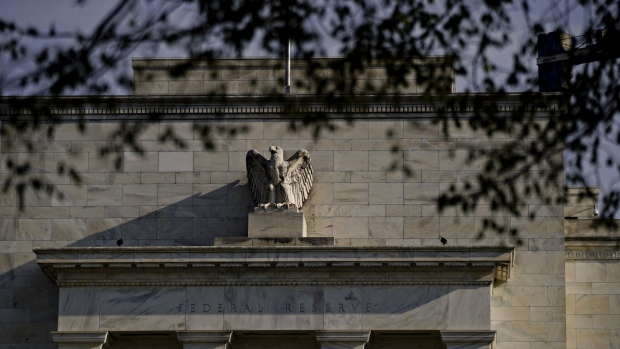 Banks said “overly restrictive” terms for borrowers discouraged them from approving more loans under the Federal Reserve’s Main Street Lending Program, while others cited “unattractive” terms for lenders for not participating at all, a new Fed survey showed.

“Major fractions of banks of all sizes indicated that the loss sharing with the MSLP in the event of a default was too uncertain, and that the required certifications and covenants were too restrictive for the bank,” the Fed said Tuesday in releasing the results of a special edition of its Senior Loan Officer Opinion Survey on Bank Lending Practices.

Banks that had declined to take part in the program mentioned “their ability to provide credit to eligible borrowers without the MSLP, as well as unattractive key MSLP loan terms for lenders as reasons for not registering,” the report said.

The results revealed a wide gap between how banks view the Main Street program and how key Fed officials see it.

Eric Rosengren, president of the Boston Fed, which administers the program, said in a Sept. 23 speech that the terms “should be attractive to banks, both because of the fees collected” and because the Fed buys out 95 per cent of every loan.

He then pointed a finger at larger institutions for not participating. “None of the nation’s largest banks, by this metric, are currently active in the program,” he said.

The Main Street program has come in for criticism and scrutiny from lawmakers for so far lending out only about US$2 billion of its US$600 billion capacity.

A majority of banks said that potential qualified borrowers had debt levels too high to meet the program’s thresholds, and the required certifications and covenants were too restrictive for borrowers. The loans’ interest rates, five-year maturity and payback schedule were not as important factors.

Some 68 per cent of banks said the program’s US$250,000 minimum loan size was not an important factor in rejecting loans or registering for the program. Several lawmakers pressed Fed Chair Jerome Powell, who testified before several congressional committees last week, to lower this amount, saying there was demand for smaller loans.

One potential reason for the lower demand for such borrowing is the Treasury’s Paycheck Protection Program, which is aimed at much smaller companies. Most banks said it was somewhat or very common for borrowers inquiring about the Main Street program to also be eligible for PPP.

The Fed purchases a 95 per cent share in every loan in Main Street, but this level of “loss-sharing” was still cited as a somewhat or very important reason by three-quarters of the banks that said the program’s loan terms weren’t attractive enough.

A majority of large banks said that a decrease in a company’s creditworthiness during the crisis, even if they were deemed credit worthy before the pandemic, was a somewhat or very important factor in not approving a loan for a borrower.

The banks reported that companies inquiring about the Main Street program typically suffered “significant reductions in revenue or employment” due to the pandemic and had access to other bank products or alternative sources of funding. In contrast, companies that got the loans were even more likely to be affected by the pandemic but less likely to have access to alternative funding.

Approved MSLP borrowers were also less likely to be new clients of the bank than inquiring borrowers.