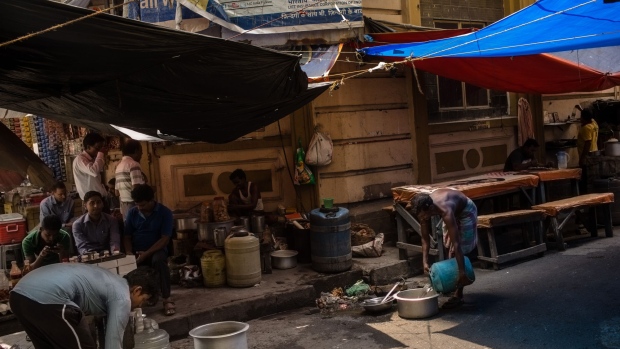 (Bloomberg) -- Bankers will next week start discussions with potential anchor investors in the initial public offering of Life Insurance Corporation of India, according to people familiar with the matter, to help the government stick to its March deadline for what’s set to be the nation’s biggest share sale.

The 10 underwriters will reach out to as many as 40 global firms about two weeks later than planned, the people said, asking not to be identified discussing private details. That’s because several of these firms were key investors in the IPO of fintech giant Paytm, which roiled sentiment when it tumbled on debut last month, one person added.

Banks want to wrap up these initial talks by mid-December before the end-of-year break, the people said. Representatives for LIC didn’t respond to email seeking comment.

Read: The Stunning Scale of India’s Biggest IPO Ever

Bankers, government officials and LIC staff are working around the clock to complete the preparatory work for the IPO and ensure there’s enough demand for the mega sale. The company plans to file the draft IPO prospectus by mid-January, pending submission of a valuation report, and complete the share sale in March, Bloomberg has reported.

Prime Minister Narendra Modi is pushing ahead with LIC’s IPO -- which could raise between 400 billion rupees ($5.3 billion) and 1 trillion rupees -- to help plug a widening budget gap. India may sell a 5%-10% stake in the company as part of a broader divestment target. The government may also allow foreign direct investment in LIC to ensure a diversified and strong demand across various segments of investors.