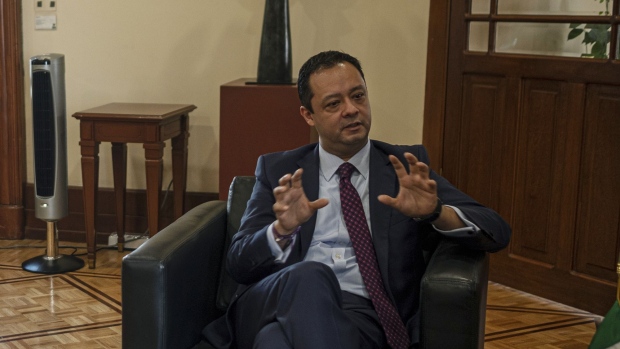 Gabriel Yorio, Mexico's deputy finance minister, speaks during an interview in Mexico City, Mexico, on Thursday, Sept. 12, 2019. Mexico's Finance Ministry isn't considering an explicit guarantee on the bonds of state-owned Petroleos Mexicanos despite increasing costs of issuing them because it could hurt the country's own debt standings, according to a top official. , Bloomberg

(Bloomberg) -- Mexico’s central bank is unlikely to speed up the pace of monetary tightening at next week’s board meeting, according to Deputy Finance Minister Gabriel Yorio.

The bank, known as Banxico, has hiked its key interest rate by a quarter point in each of its past four meetings and isn’t likely to deliver a half-point increase in the last decision of the year, Yorio said Tuesday at a panel organized by Eurasia Group.

Yorio, who attends board meetings in a non-voting capacity, added that tighter monetary policy has had a clear impact on inflation expectations but probably won’t influence consumer prices in the short term.

(Corrects day of the week in second paragraph)