It's time for the true leaders to step up: Arron Barberian on support for restaurants

One of Toronto’s top restaurateurs said he couldn’t believe his eyes after the Canada Revenue Agency decided to audit his business as it continued to struggle with the pandemic.

Arron Barberian, the owner of restaurant Barberian’s Steak House, said he was “shocked” the CRA launched an audit against his sixty-year-old business after COVID-19 forced the steak house to start a butcher shop program.

“When we pivoted to doing a take-out meat program, which should have no [harmonized sales tax​] on it the same way if you were to go to a butcher shop or a grocery store, the Revenue Canada auditor stepped in … and started auditing us starting in the month of April because we, of course, had gone from a contributor to getting some tax refunds based on our expenses,” he told BNN Bloomberg in an interview. 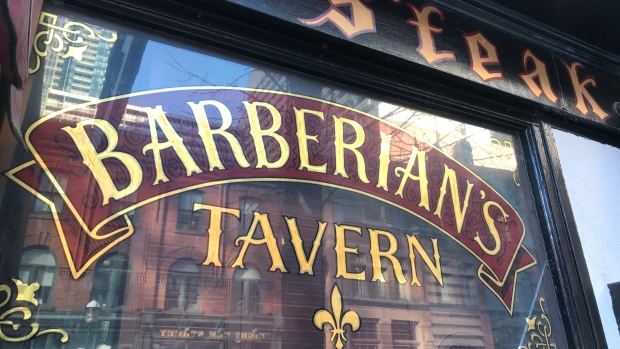 Barberian said the audit has been difficult for his business as it’s forced him to incur extra expenses during what’s been a “horrible time” for the restaurant industry.

He said government measures meant to help businesses that are struggling due to the pandemic have failed to materialize and that it’s time for governments to step in with the promised assistance.

“The bills keep coming in,” he said. “The landlords, they deserve the money … all my suppliers deserve their money, my employees deserve to be paid.”

Barberian said more could have been done during the first lockdown to prevent the pandemic from causing further damage. He said not taking advantage of the shutdown was a failure in all levels of government.

“The first wave of this was an act of God or something that’s beyond human control,” he said. “But the second wave, the wave we’re at now is a man-made disaster.”​