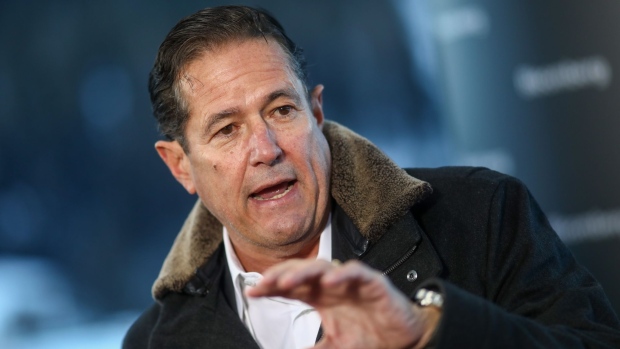 Barclays Plc’s board should remove its boss Jes Staley from the board of directors following the disclosure of his ties with deceased financier and sex offender Jeffrey Epstein, according to its top shareholder.

Edward Bramson’s Sherborne Investors Management LP said in a letter on Monday it “strongly recommends” the board led by Chairman Nigel Higgins “rescind their unanimous recommendation to re-elect Staley,” as a director at its next annual general meeting.

“The public interest in the U.K.’s most established financial institutions leading from the front in setting and following best corporate governance is vital to the country’s global reputation,” according to Sherborne Investors. “The public interest not only requires the likes of Barclays to set the highest standards, but it also dictates that there should be unvarnished transparency on major ethical questions and on the suitability of individuals that lead them.”

Barclays disclosed in February that British regulators are probing how former JPMorgan Chase & Co. banker Staley characterized his relationship with Epstein, who died in his prison cell last year. The request comes after the activist who became a major shareholder in Barclays in 2018, said last week that Higgins should end the British lender’s “cycle of disruption.”

Epstein regularly brought Staley business when he ran JPMorgan’s private bank and the two were close professionally, Bloomberg News has reported. Staley also visited Epstein in Florida when he was serving his sentence following a 2008 guilty plea of soliciting prostitution, in one case with a minor, the New York Times reported last summer.

“If Staley knowingly continued providing financial services to Epstein, which could have helped to facilitate the latter’s child prostitution activities, in order to reap personal career benefits, it raises the question as to whether he is suitable to be an executive of a financial institution,” according to Sherborne.

Bramson’s Sherborne Investors holds an approximate 5.5% stake in Barclays, having first invested in early 2018 before demanding a seat on the board to advocate for strategic changes, including a retreat from investment banking. He lost his bid for a seat last year while Staley plowed ahead with his plans to compete with Wall Street.

To contact the reporter on this story: Stefania Spezzati in London at sspezzati@bloomberg.net

To contact the editors responsible for this story: Ambereen Choudhury at achoudhury@bloomberg.net, Marion Dakers