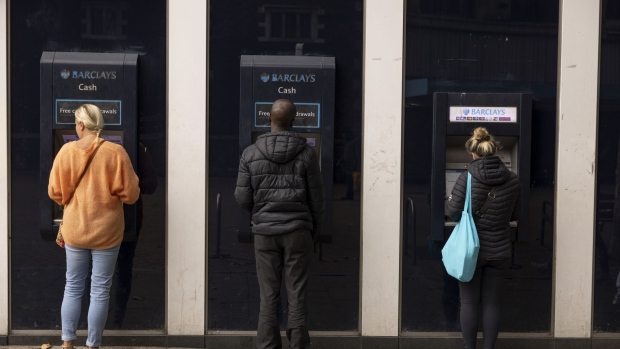 The UK’s Payment Systems Regulator said the lender failed to comply with rules for more than three years between December 2015 and December 2018, according to a statement Thursday. Barclays processed a third of all card payment transactions in the UK during this time.

Interchange fees are the tolls charged to retailers for accepting certain types of card payments. “Barclays’ failure to be transparent with retailers about the fees they pay for card services meant retailers could have been missing out on better deals,” Chris Hemsley, the PSR’s managing director, said.

“Barclays has reached a resolution with the PSR following an investigation into its historic compliance with Article 12 of the Interchange Fee Regulation,” a spokesperson for Barclays said in an emailed statement. “Barclays fully co-operated with the PSR’s investigation.”

It is the second time the PSR has published a bank fine in relation to interchange fees. Earlier this year, the PSR fined NatWest Group Plc £1.82 million for overcharging credit card fees.