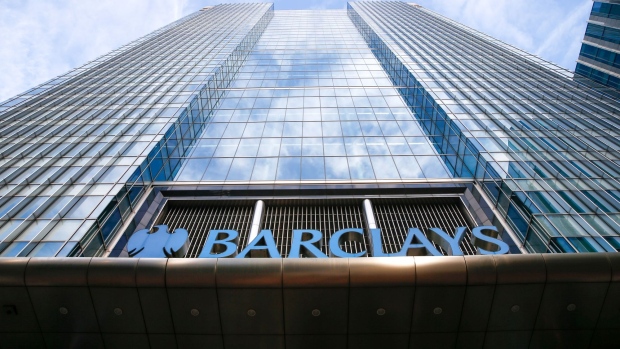 (Bloomberg) -- Barclays Plc is close to concluding a buyback of securities after the bank accidentally issued billions of dollars more structured and exchange-traded notes than it had registered with the Securities and Exchange Commission. The total cost of the error is still unknown.

The British lender said in a filing Thursday that $7.7 billion of securities have been submitted for the so-called rescission offer through a tender process, out of a total of $9.5 billion eligible. These will be settled today, it added.

Some investors have submitted their claims by other means and are under review, the bank added. In total, $17.7 billion of securities were affected.

“Barclays is currently evaluating the financial impact of the rescission offer and will provide an update in due course,” the bank said. In a second-quarter results presentation, Barclays had put the loss at £751 million ($864 million). The estimate included a £165 million provision for an expected fine from the SEC.

The bank disclosed in late March that it had issued about $36 billion of investment products after registering with US regulators in August 2019 to sell up to $20.8 billion. The firm was therefore required to buy back affected securities -- a so-called rescission offer -- at their original price.

Speaking at a conference Monday, Chief Executive Officer C.S. Venkatakrishnan said he hopes to provide an update on talks with the SEC “in the not too distant future.”

The mistake has been called “basic”, “bizarre” and “embarrassing” by analysts and led Barclays to delay a billion-pound share buyback, suspend the sales of dozens of exchange-traded notes and halt market-making activities in its own debt securities.

The bank also started an external review into the blunder, saying it will “take appropriate actions.”