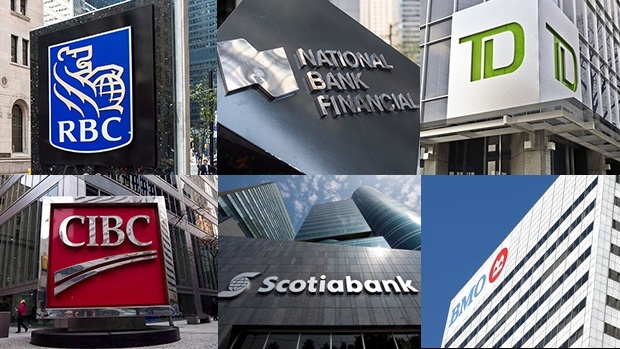 The fallout on bank valuations following Home Capital Group’s swoon is prompting Barclays to hike its estimates for all of the Canada's big banks, save CIBC as it digests the US$4.9-billion acquisition of PrivateBancorp.

In a report to clients Tuesday, lead Canadian bank Analyst John Aiken wrote that the firm sees the Home Capital-inspired concerns as unwarranted, and the weakness in share prices represent a buying opportunity.

“The banks have experienced some fairly dramatic weakness … largely stemming from spillover around the housing market generated by the drama surrounding Home Capital Group,” Aiken wrote. “We do not believe any near- or even medium-term concerns are warranted and view the decline in valuations as a now-compelling entry point.”

Aiken isn’t ruling out the possibility of a housing correction, given the sky-high prices in Toronto and Vancouver, but wrote that he doesn’t think Home Capital will be the trigger.

“We do not believe that [Home Capital Group’s] issues are shared with the banks, nor do we see [Home Capital] as a systemic risk to the Canadian housing market,” he wrote. “While Canada may still experience a bursting of a housing market bubble, we see little risk in the near term, given relative affordability, largely centred on the ongoing low interest rates and stable employment levels leading to little-to-no near-term credit risk.”

Aiken highlighted Scotia’s international operations, National Bank’s focus on rebuilding its capital ratios as well as TD and BMO’s U.S. exposure as the triggers for their respective upgrades.

In spite of the slate of recommendation hikes, Aiken believes a low-growth domestic environment will ultimately cap near-term revenue growth as the banks kick off the second-quarter earnings season.

“Underscored by Canada’s GDP showcasing flat growth in February, we believe the banks’ near-term domestic operating environment remains constrained, as the country’s economy continues to exhibit pockets of weakness,” he wrote. “Heading into Q2, we believe the banks should be able to grind out a decent quarter, but strong growth will likely need to wait until later in the year.”