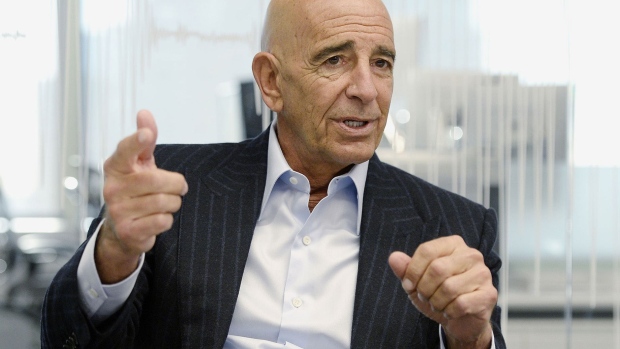 (Bloomberg) -- Colony Capital founder and Trump ally Tom Barrack, who was charged on Tuesday with illegally lobbying on behalf of the United Arab Emirates, will remain in federal custody pending a July 26 bail hearing in Los Angeles.

Barrack was arrested in California earlier on Tuesday on charges unsealed the same day by federal prosecutors in Brooklyn, New York. At his initial court appearance in Los Angeles, the government asked that Barrack be denied bail as a flight risk, given his immense wealth and overseas contacts, and be transported to New York to face charges. A federal magistrate judge set a hearing on the issue for Monday.