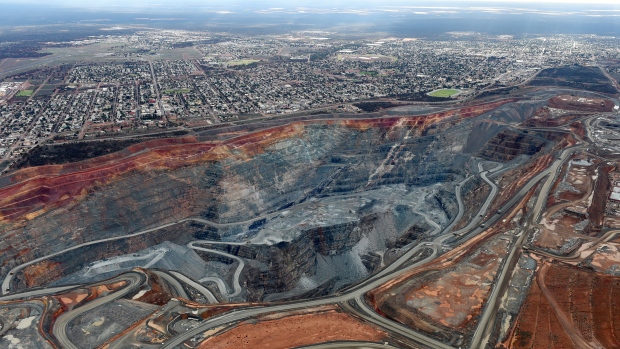 Barrick Gold Corp. believes its Zambian copper mine is worth more than the US$735 million carrying value listed in its latest annual report.

Chief Executive Officer Mark Bristow said he’s received interest from potential buyers of the mine, called Lumwana, but isn’t in a hurry to sell it. Bristow disputed a report that it would start the disposal process in January.

“We believe it’s got substantially higher value,” he said in a phone interview. “That’s the past. We have and we continue to improve the business.”

Bristow declined to comment on the names, only saying “we have had expressions of interest.”

The company, the world’s second-biggest gold producer, has had a tough time with Lumwana. It bought the operation as part of a US$7-billion deal two months after copper prices peaked in 2011.

Two years later, Barrick had written down the asset by US$3 billion. The company has dealt with frequent tax changes and power shortages in Zambia, Africa’s second-biggest copper producer.

Since taking over as Barrick CEO in January, Bristow has replaced management at Lumwana, where the company plans to produce 210 million pounds to 240 million this year. The operation produced 224 million pounds last year, making it one of the biggest producers in Zambia.

Another hurdle facing Lumwana is that two copper smelters in Zambia have shut for maintenance, leaving the mine with nowhere to process its material.

It could make sense for the mine to be owned by another company that does have a smelter, Bristow said.

Speculation of an ownership shake-up in the Zambian copper industry has swirled in recent months. The government has moved to liquidate Vedanta Resources Ltd.’s Konkola Copper Mines Plc unit and wants to bring in a new owner. Jiangxi Copper bought an indirect stake in First Quantum Minerals Ltd.

“What the Zambian mining industry needs is a re-arrangement of assets,” said Bristow.

--With assistance from Matthew Hill.