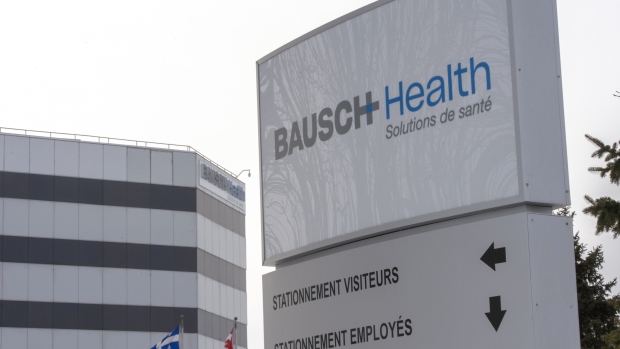 Bausch Health Cos. owes a group of investment funds more than US$3 billion for stock losses caused by spurious accounting at its predecessor, Valeant Pharmaceuticals, investors suing the company alleged this week.

The payout model used by Bausch to settle related allegations in 2019 shows that at least 22 investors who rejected that deal should collect US$3 billion, according to federal court papers filed July 27 in New Jersey. The investors want the judge overseeing the case to schedule a trial for next year on how much they should get.

The investors accused Bausch of trying to delay a trial, in part so the company can finish a spinoff that strips out its crown jewels and leaves many of its liabilities, including the potential US$3 billion judgment, in a weaker entity that would be unable to pay its debts.

Should Bausch succeed, the investors “will be faced with a claim against a company that has divested some of its most valuable assets and is over-levered,” the group said in their letter to U.S. District Court Judge Michael A. Shipp.

The company disputed the claims about its spinoff and the potential liability.

“Bausch Health’s planned spinoff has no connection to the pending litigation,” the Bridgewater, New Jersey, company said in a statement. “Any suggestion that these cases have greater value than the class action is not true.” The plaintiffs have known about the spinoff for a year and are raising it now merely as a litigation tactic, Bausch said.

In a court filing Friday, Bausch Health called the US$3 billion claim “wildly overstated and not reflective of any real-world potential exposure.”

Formerly known as Valeant Pharmaceuticals International Inc., Bausch Health previously settled claims for US$1.21 billion that it misled investors about the company’s financial performance. In several related lawsuits, investors accused Valeant of deceptive business practices, including price gouging and a kickback scheme that led to the conviction of a former executive on bribery charges in 2018.

Some shareholders including USAA Mutual Funds Trust and Northwestern Mutual Life Insurance opted out of the class-action settlement and are pursuing their claims separately.

Bausch Health said last August it would spin off its cash-rich eye-care unit, which operates under the Bausch + Lomb brand, and operate it as an independent, publicly traded company, leaving a weaker, debt-laden pharmaceutical company behind.

In May, it laid out projected financials for the two units and said Chief Executive Officer Joseph Papa and Chief Financial Officer Sam Eldessouky would move over to Bausch + Lomb upon separation of the business. The company also evaluated selling the eye-care business instead of spinning it off, Bloomberg reported in April.

Valeant became infamous on Wall Street for raising prices on drugs, a practice that drew scrutiny of its business practices. Under the leadership of former CEO J. Michael Pearson, Valeant was shown to have acquired drugs and then raised prices as much as 500 per cent. The company was also accused of booking misleading revenue growth that was based on sales to Philidor, a mail-order pharmacy Valeant helped establish, fund and subsidize.