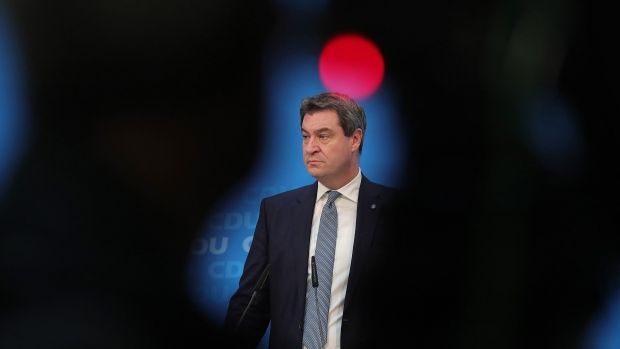 The call comes just weeks before a European Central Bank meeting at which policy makers are expected to cut their deposit rate further below zero, extending a period of negative rates that has already lasted for more than half a decade. Banks in countries including Germany and France have complained the policy is eroding profitability, but the ECB argues rates need to stay low to boost inflation and support the flagging economy.

Soeder told Bild his Christian Social Union, the Bavarian sister party of Merkel’s Christian Democrats, will put forward a policy initiative in Germany’s upper house of parliament to institute a negative-rate ban on retail deposits up to 100,000 euros ($109,000). The move is supposed to send a message to ECB President Mario Draghi’s successor, he said.

“At the start of the term of the new ECB chief Christine Lagarde, the federal government should make clear that negative interest rates aren’t a sensible way forward,” Bild quotes Soeder as saying. “They set a completely wrong signal and lead to a running down of savings.”

Any step to limit banks’ options to deal with negative rates would mark an escalation in tensions between the ECB and parts of the German political establishment, which have long criticized the central bank’s loose monetary policy. In 2016, then-Finance Minister Wolfgang Schaeuble, who currently presides over the Bundestag, pinned some blame for the rise of the populist Alternative for Germany party on the ECB.

To contact the editors responsible for this story: Paul Gordon at pgordon6@bloomberg.net, Jana Randow, Zoe Schneeweiss