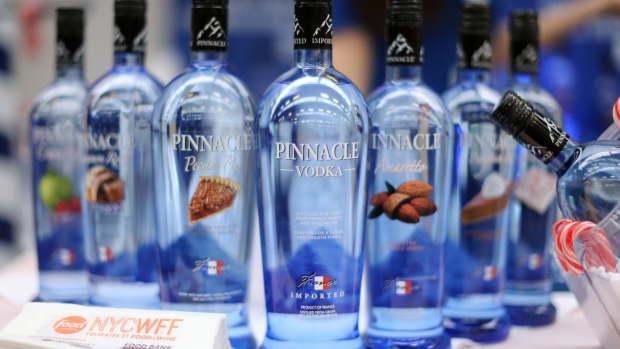 (Bloomberg) -- Beam Suntory Inc., the maker of Jim Beam and Hibiki Whisky, is considering divesting some of its brand portfolio including Pinnacle Vodka, according to people with knowledge of the matter.

The potential sale would also include other vodka businesses and liquor assets such as Cruzan Rum, said the people, who asked to not be identified discussing private information. The assets could be worth a few hundred million dollars in a sale, one of the people said.

The New York-based company is interviewing banks after reaching out to some potential buyers independently, the people said. Deliberations are ongoing and the size and brands included in the potential sale could change, the people added. Beam Suntory is a group company of Japanese beverage giant Suntory Holdings Ltd.

Suntory bought Beam Inc. in a $16 billion deal in 2014. The transaction created an extensive whiskey portfolio for the combined company including the namesake Jim Beam bourbon, Maker’s Mark and Knob Creek as well as Japanese brands such as Hibiki, Yamazaki and Hakushu.

Beam Suntory had previously hired Nomura Holdings Inc. to sell the whiskey business before the process was stalled, the people said. Beam acquired Pinnacle in 2012 for about $600 million.