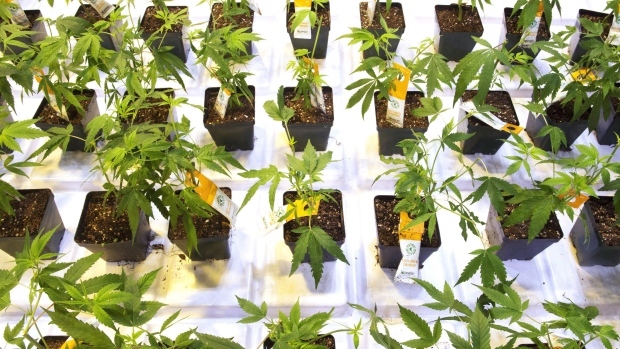 The pool of bearish wagers on a pot bust is increasing.

The total value of short positions in global marijuana-related stocks has climbed to a record approaching US$2.1 billion, according to Sam Pierson, an analyst at IHS Markit in Boston. Short sellers have increased their positions amid concern that the sector is overvalued, and it’s becoming easier to find shares available to borrow for companies with a large market capitalization, he said.

“There’s still a concern about valuations,” Pierson said Tuesday in a telephone interview. “By any valuation metric, whether they even have positive earnings or what those earnings are, they’re certainly stretched compared to what you would traditionally see.”

While cannabis stocks recently have retreated, the value of the nascent market is still much higher than it was 12 month ago. The BI Canada Cannabis Index has almost doubled in the past year.

In short selling, investors sell stocks that they borrowed with a view to buying them at a cheaper price later when they have to return the shares to the lender. They profit from the price difference minus the cost of borrowing.

The average cost to borrow marijuana stocks is below 20 per cent, according to IHS data. As of May 21, the short position in Canopy Growth Corp., Canada’s largest marijuana producer, was 17.6 million shares at a value of US$486 million, while the short interest in Aurora Cannabis Inc. was 46 million shares, or US$286 million, IHS data show. 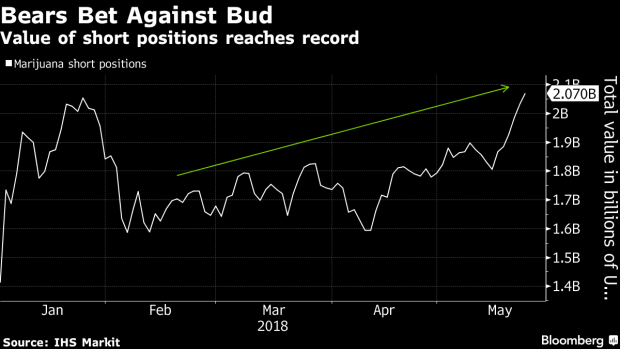