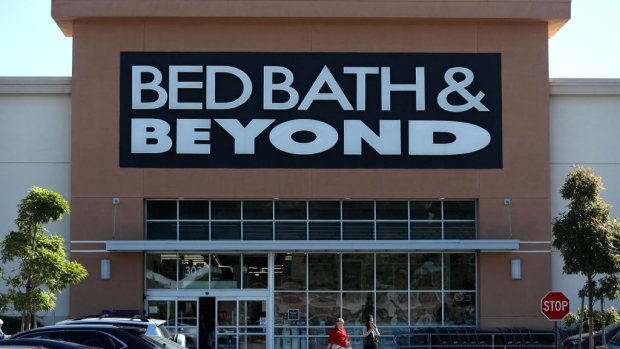 (Bloomberg Opinion) -- Bed Bath & Beyond Inc.’s sales have withered in recent years for a variety of internal reasons, but it has also suffered because of punishing competition from Target Corp. Now the beleaguered home-goods chain will try to get some of that Target magic for itself.

Bed Bath & Beyond announced its new CEO Wednesday evening: Mark Tritton, chief merchandising officer at Target since 2016. Target’s recent turnaround is partly based on better merchandising in its home-goods department.

This is an impressive poaching effort and a promising development for a chain that badly needed new leadership after longtime CEO Steven Temares — who finally departed earlier this year after a bruising activist investor fight — drove the company into a rut, with outdated stores and a sluggish move toward e-commerce.

Tritton is a good fit for the role, given Bed Bath & Beyond’s needs. As Target’s chief merchant, he oversaw the rapid-fire development and rollout of more than 30 private-label brands, many of them in the home-goods category. Before Target, he was a senior executive at Nordstrom Inc., where he supervised the design and manufacturing of a stable of private brands.

A stronger selection of private brands is essential to a Bed Bath & Beyond turnaround. These products could differentiate the chain from its competitors and, crucially, tend to be more profitable. That would be an enormous help for a chain that has decimated its gross margins in recent years.

Bed Bath & Beyond has recently awakened to the role a stronger private-label offering could play for its business, with a pledge to debut six new such brands by 2020. So far, however, they’re unimpressive: One of its first launches, a line called Bee & Willow, lacked the charm and aspirational presentation that Target typically nails.

Tritton also was in the C-suite at Target when it was working its way out of a rough patch in its pricing strategy for everyday essentials. The retailer recovered by tamping down on excessive promotional blitzes and focusing on lower everyday prices. Bed Bath & Beyond, with its tired buffet of 20% off coupons, could use a similar reassessment.

Lastly, Tritton led merchandising at Target during a time of significant changes to in-store presentation. Sight lines have been lowered, produce is displayed in sleek wooden bins, and the beauty department now has a Sephora-like sleekness. Bed Bath & Beyond stores are cluttered mazes that could greatly benefit from an overhaul, which Tritton could oversee.

Of course, merchandising is just one aspect of a potential Bed Bath & Beyond turnaround. Tritton’s resume is less reassuring about other key parts of the job. For example, the company has rightly been exploring strategic alternatives for its smaller chains, such as Cost Plus World Market and Christmas Tree Shops. It’s unclear how deft he’ll be at handling those potential divestitures.

Tritton will face other challenges, too — especially at a company that is already cutting jobs and closing stores, which are not exactly morale boosters for employees.

Overall, though, investors should be optimistic about Tritton’s arrival. Bed Bath & Beyond is in bad shape, but it is not beyond repair. He could be the one to pull off this home makeover.