Tritton will take over from interim CEO Mary Winston starting on Nov. 4. Target, where he was chief merchandising officer since June 2016, simultaneously announced his resignation. 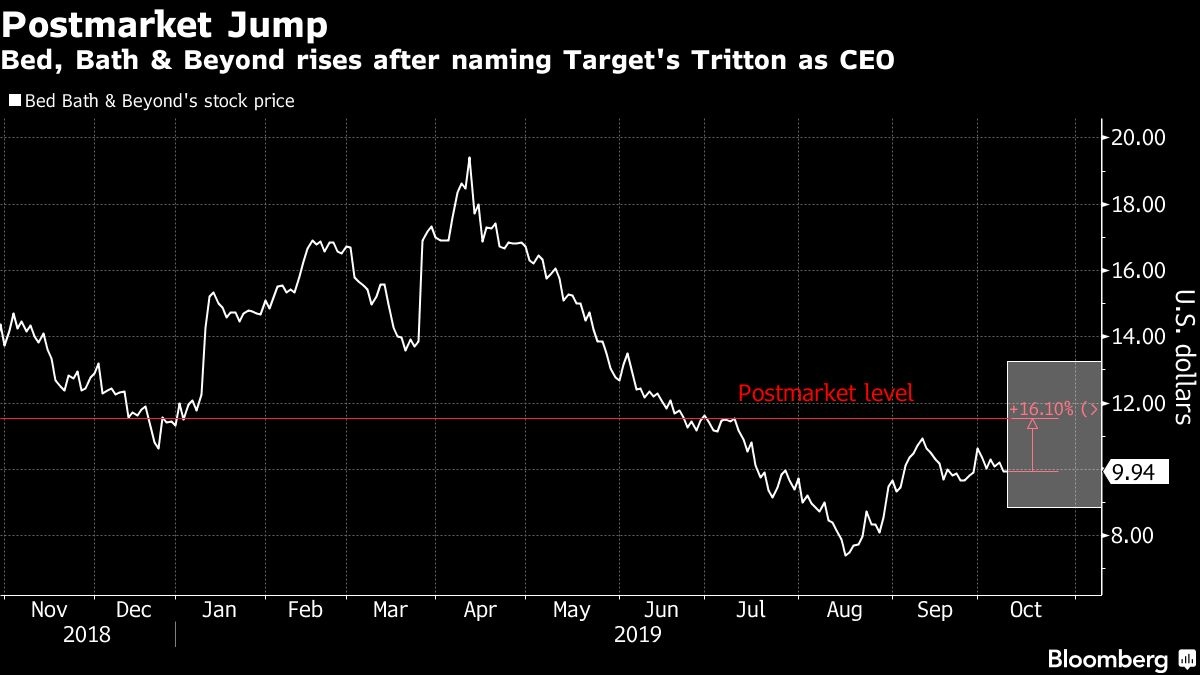 Investors cheered the move, sending Bed Bath & Beyond shares up as much as 24 per cent in late trading. They had fallen 12 per cent this year through Wednesday’s close.