Bed Bath & Beyond Inc. is providing another painful lesson to the meme mob that fundamentals matter more than hype.

The home-goods retailer slumped 22 per cent after quarterly sales missed expectations, making it among the notable losers in a group of 37 retail trading favorites tracked by Bloomberg this year. The drop is a warning to amateur investors who have banded together to push back against short sellers that fundamentals are real.

The Union, New Jersey-based company is now down two-thirds from a Jan. 27 peak reached before apps like Robinhood Markets restricted trading of the shares. The broader basket of meme stocks has shed more than a third of its value from that January peak. 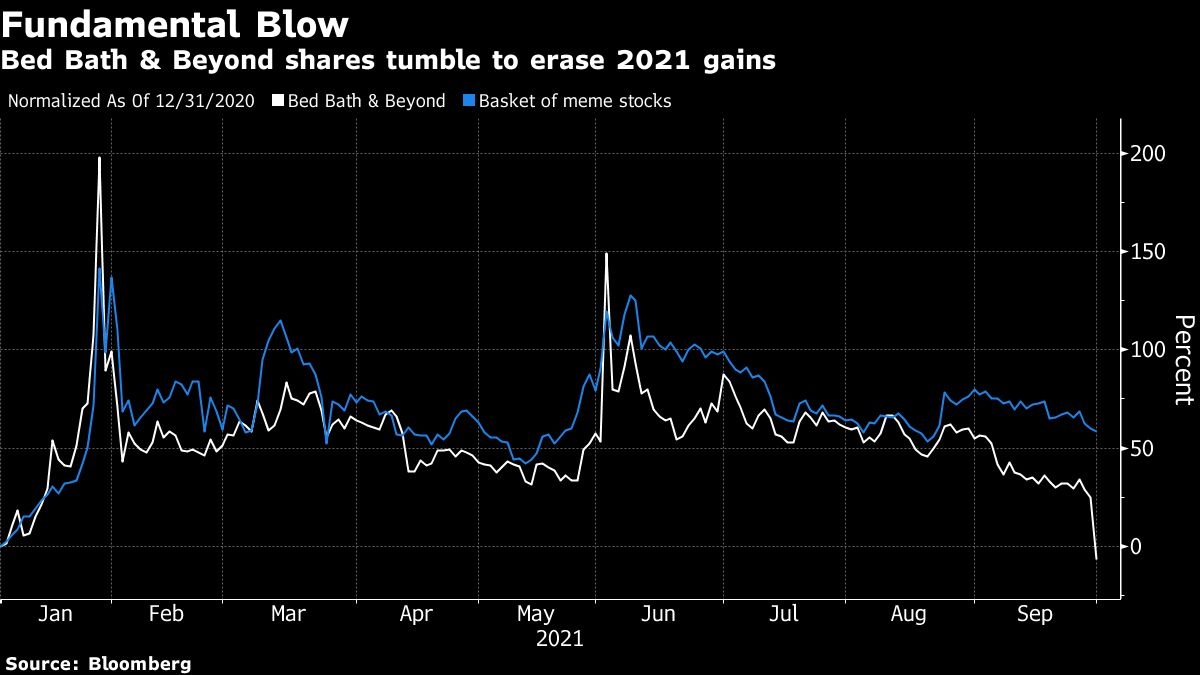 Wall Street has been warning that a reckoning was on the horizon for stocks that populate chat rooms and social media platforms like Twitter, with users discussing potential gains and the prospects for short squeezes that would result in easy returns. Data from Vanda Securities show that many retail investors have been flocking lately to buy the dip of tech heavyweights in place of more speculative meme stocks.

The popularity of apps like Robinhood appears to be fading, with JPMorgan Chase & Co. saying that downloads and active user metrics plunged during the third quarter. They also said data from Apptopia show active users have slumped across crypto-focused peers as well as Schwab.

It’s not the first retreat for the retail stock pickers, who were sometimes cast as vigilantes protecting ailing companies from Wall Street short sellers. GameStop Corp., one of the earliest targets, is hovering around half its one-time peak. AMC Entertainment Holdings Inc. has retreated, too, though both are still well above the lows seen before the buyers swooped in.