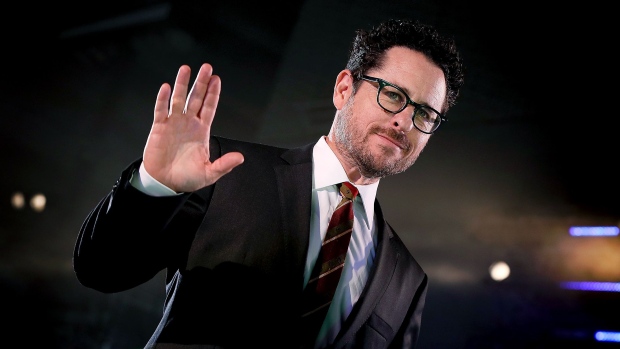 The Japanese electronics giant — the owner of Columbia Pictures — flew the writer-producer and his senior staff on a corporate jet to the sleek compound of Sony’s PlayStation video-game division in San Mateo, California. During the flight, entertainment chief Tony Vinciquerra and lieutenants including studio head Tom Rothman took turns pitching Abrams on their business.

It wasn’t enough. Abrams announced Thursday that his company, Bad Robot, had signed a five-year deal with WarnerMedia. Abrams will make films and shows for AT&T Inc.’s newly acquired entertainment division just as the phone giant and others launch new streaming services to address the shift to on-demand video from traditional TV.

“I am grateful for the chance to write, produce and direct work for this incredible company,” Abrams said in a statement. “We can’t wait to get started.”

The deal for Abrams, believed to be worth more than $250 million, says a lot about the frenzy among companies to lock up top talent as the streaming battle begins. The pursuit also reveals much about the individual companies, their management styles and strategy.

Abrams, 53, was a particularly big prize thanks to his decades of creating TV hits like ABC’s “Alias” and “Lost,” as well as his successful reboot of film franchises such as “Star Trek,” which he first tackled in 2009.

Abrams has grand ambitions. He wants to turn Bad Robot into a household name. Not only does he want to produce TV shows and movies, he also wants characters from those projects to become toys, theme-park rides and video games. And he wants his company to own a piece of everything. With separate deals with Warner Bros. and Paramount Pictures expiring around the same time, Abrams had a unique opportunity to create a single pact certain to be one of the richest in Hollywood.

For several months, some of the most powerful executives in media and technology ventured to Bad Robot’s offices in Santa Monica, California, a low-slung building topped by the sign “The National Typewriter Company.” There they met with Abrams’s wife — and co-chief executive officer — Katie McGrath, and his business partner Brian Weinstein. Abrams typically joined via Skype because he was in London shooting “Star Wars: The Rise of Skywalker,” scheduled to hit theaters in December.

Abrams’s team began with a presentation outlining their expectations. He didn’t want to just pitch movies, but instead sought a guaranteed number of slots on the studio’s calendar, akin to what his idol Steven Spielberg has had. He expected the winner to provide hundreds of millions of dollars to cover his staff and the development of new projects, and he also wanted them to help Good Robot, the company’s philanthropic arm.

Bad Robot drew interest from Apple Inc., Amazon.com Inc., Comcast Corp., Disney, Netflix, Sony and Viacom Inc. The courtship was slow, according to multiple participants. Executives met with team Abrams one month, and then didn’t hear back for weeks. Often when they returned to share their plans, they were asked for another proposal without explanation.

Even with Abrams’s reputation as an impresario and a progressive, he’s more of a traditionalist when it comes to Hollywood. He idolizes Spielberg, the father of the modern blockbuster, and collaborated with the director on a 2011 sci-fi picture called “Super 8,” named after the old-school film camera. Abrams wants to see his movies in theaters, a big reason why streaming companies like Apple, Netflix and Amazon couldn’t lure him away.

Universal touted its booming theme-park business, and comparable deals with horror maestro Jason Blum, animation kingpin Chris Meledandri and Spielberg. Those producers all have long-term agreements with Universal, and ownership in their projects.

Disney hardly had to do much convincing that it’s good at building and maintaining entertainment brands. Abrams helped the company relaunch the “Star Wars” franchise with 2015’s “The Force Awakens,” and characters from Disney’s Marvel and Pixar are big hits in toy stores. But Disney hasn’t been doing multi-picture deals with producers like it had in the past with Jerry Bruckheimer of “Pirates of the Caribbean” fame.

Standing in the wings was a suitor both old and new: Warner Bros., now owned by AT&T. Bad Robot has worked with Warner Bros. for more than a decade, producing hits such as “Fringe,” “Person of Interest” and the HBO series “Westworld.” While many of the shows he produced in recent years have failed, the two have a long history.

But in addition to new ownership, Warner Bros. was also under new management, led by John Stankey, a career AT&T executive little known in Hollywood.

Stankey had a rough start in entertainment, as outsiders often do. Almost all of his direct reports at WarnerMedia have either quit or been fired. But with Abrams he saw an opportunity to pitch everything AT&T had to offer. Stankey tore down the company’s conventional silos and offered Abrams near free rein across the entertainment company.

Bad Robot could make big movies for Warner Bros., or smaller ones for the new streaming service HBO Max. He could make TV shows for HBO or TNT, or venture into streaming himself given’s the company’s huge network of internet and mobile-phone customers.

Abrams already had a deal for games with Warner Bros., and could use AT&T’s wireless customer base to experiment. Between DirecTV and the phone business, AT&T knew more about its consumers than almost any other company — at least that’s what Stankey said.

Before he could get too far, Stankey had to clear up a problem. Kevin Tsujihara, CEO of Warner Bros., had been accused of having an affair with an actress and then trying to get her work. Tsujihara was well-liked internally, and Stankey was torn over the situation.

The AT&T executive asked a handful of people internally and externally if they thought the situation was salvageable. One was Abrams’s wife. A former public relations executive at MTV and legislative aide to U.S. Senator Ted Kennedy, McGrath has become an advocate for diversity and women’s rights in Hollywood.

She didn’t say Stankey had to fire Tsujihara — she said it would be tough for Bad Robot to remain at Warner Bros. if Stankey didn’t sort out the situation. Within weeks, Tsujihara was gone.

On Thursday, Stankey took a victory lap and sent a message to all of Hollywood: “We are uniquely positioned to offer our creative partners a multitude of platforms to realize their artistic goals and ambitions.”

To contact the editor responsible for this story: Nick Turner at nturner7@bloomberg.net, Rob Golum