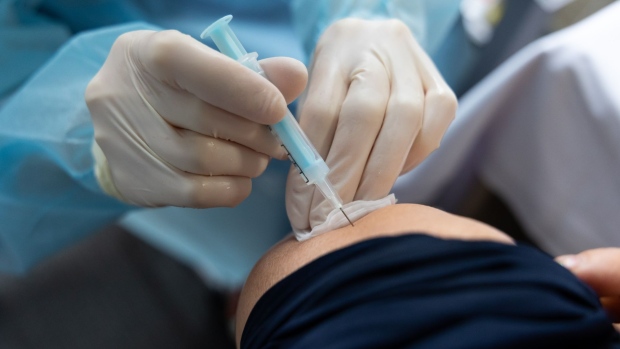 A nurse administers a booster shot of the Moderna Inc. Covid-19 vaccine at the H Plus Yangji Hospital in Seoul, South Korea, on Thursday, Dec. 16, 2021. South Korea will ban gatherings of five or more people and order eateries and night-time entertainment businesses to close by 9 p.m. as it steps up curbs to fight a record surge in coronavirus cases. Photographer: SeongJoon Cho/Bloomberg , Bloomberg

Beijing will grant German nationals living in China access to mRNA vaccines produced by the European country, according to the foreign ministry.

“China and Germany have reached agreement on providing German vaccines for German nationals in China, and relevant arrangements will be discussed and determined by the two sides through diplomatic channels,” Mao Ning, a ministry spokeswoman, said Friday at a briefing.