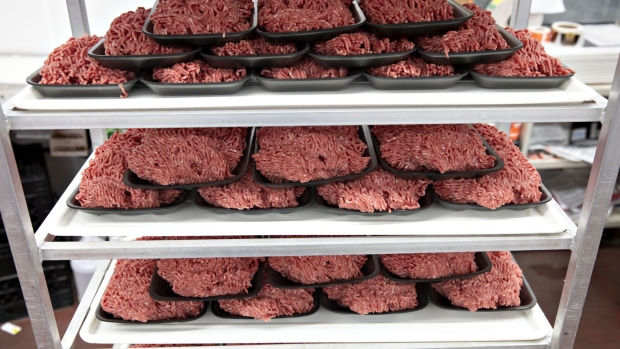 Trays of ground beef chuck sit on a rack in the meat department at a supermarket in Princeton, Illinois, U.S., on Thursday, April 16, 2020. , Daniel Acker/Bloomberg

To gauge how important environmental, social and governance issues have become for investors, take a look at the share performance of the world’s biggest meat supplier.

JBS SA is in an earnings sweet spot, smashing estimates with record profit and generating the most cash among peers after pandemic disruptions expanded U.S. margins and exports to China surged. The stock is a screaming buy for analysts, with a potential return of 67 per cent on average. Yet it’s down 20 per cent this year, heading for the steepest annual decline in a decade and underperforming Brazilian beef rivals.

One reason for that disconnect between fundamentals and market performance is the possible sale of development bank BNDES‘s stake in the Sao Paulo-based company. But it’s also about negative sentiment surrounding ESG.

“Based on our interactions with investors, ESG-related concerns have escalated in recent months in our JBS discussions, and we attribute some of the stock weakness this year to that issue,“ Ricardo Alves, an analyst at Morgan Stanley, wrote in a report last week.

Mounting global concerns over Amazonian fires and the Brazilian government’s controversial approach to the biome have led investors to follow more closely what Brazilian beef companies are doing to tackle deforestation. 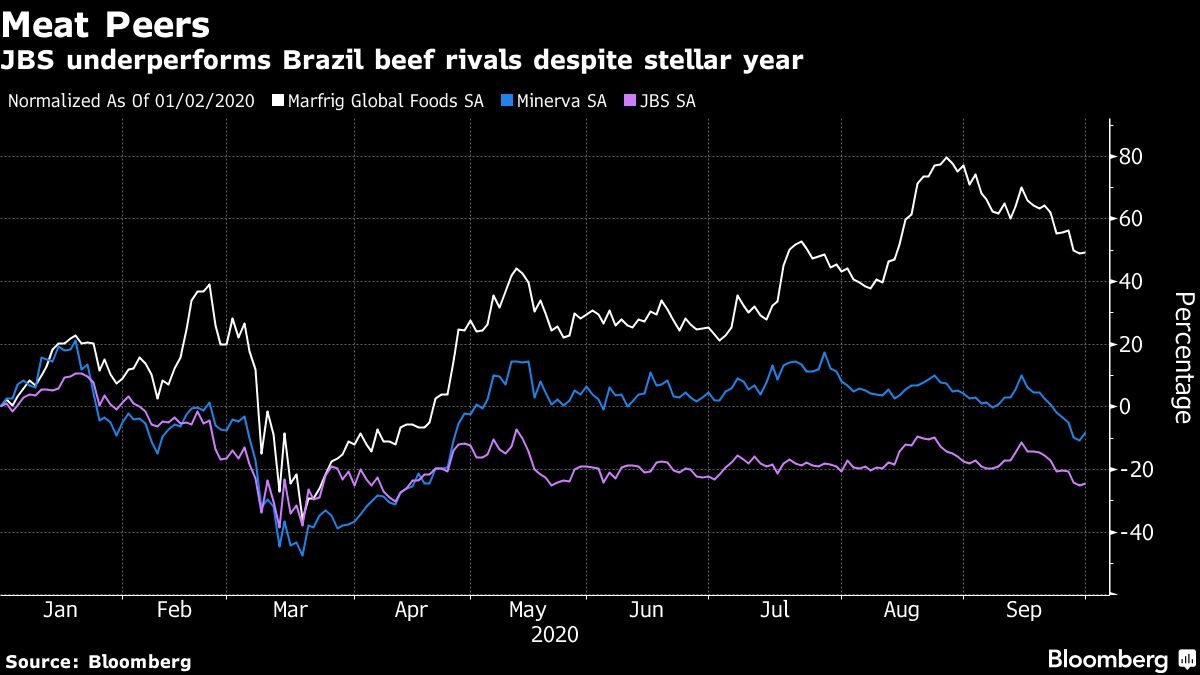 That heightened scrutiny isn’t happening in a vacuum. Globally, about US$41.5 billion flowed into ESG and value-focused exchange traded funds this year as of Aug. 31, which already surpasses the calendar-year record of US$30.9 billion set in 2019, according to data compiled by Bloomberg Intelligence.

In recent months, JBS was accused by Greenpeace, Amnesty International and The Bureau of Investigative Journalism of buying cattle raised in deforested areas. Money managers such as Norway’s largest pension fund KLP and Nordea Asset Management excluded the meat giant on ESG grounds.

The company responded last week by announcing a five-year plan to track all of its Amazon suppliers. JBS is using blockchain technology to develop a platform to monitor indirect cattle sources, which is the main hurdle beef companies face to halt deforestation. The plan, following a similar move by rival Marfrig Global Foods SA, got mixed reactions.

“JBS’ 2025 target for tracing cattle is too far away, we need immediate action,“ Jeanett Bergan, KLP’s head of responsible investments, said by email. “In Brazil, JBS operates against the backdrop of state and private-sector inaction on deforestation so it has a high bar to reach to instill basic investor confidence. It’s far too early to tell if this new pledge on fixing its supply chains problems is genuine.”

Stock analysts praised the initiative. Alves, from Morgan Stanley, described it as “a very important step towards addressing ESG concerns, and potentially creating value to shareholders.” Pedro Leduc, head of research at BLP Asset, said it shows the company is prioritizing sustainability.

“When they elect something as a top priority, they deliver,“ Leduc said, adding that JBS is among the top five holdings in BLP’s funds.

Rainforests aren’t the only ESG hurdle for JBS this year. The company has come under public scrutiny as its meat plants, especially those in the U.S., saw large outbreaks of COVID-19. To be sure, other meat packers have faced similar headwinds. Shares in Tyson Foods Inc., JBS’s closest American rival, have lost more than 30 per cent this year even as cash generation surges.

While assuring it has adopted the best protocols to safeguard workers, JBS announced a US$120 million donation to support communities globally to fight the coronavirus.

On the corporate governance front, the Batista brothers who control JBS, continue to face repercussions from bribing Brazilian politicians in Brazil, with BNDES now seeking to sue them. While the meat giant has improved other aspects such as raising the number of independent directors, some investors want more.

“Stock performance is a societal applause,” JBS Chief Executive Officer Gilberto Tomazoni said in an interview last week. “But we are not a private equity fund worried with the performance in the short term. This is not disturbing my sleep because we are doing everything to ensure the company’s sustainability in the long term. We look at the big picture, we want to build something real.”