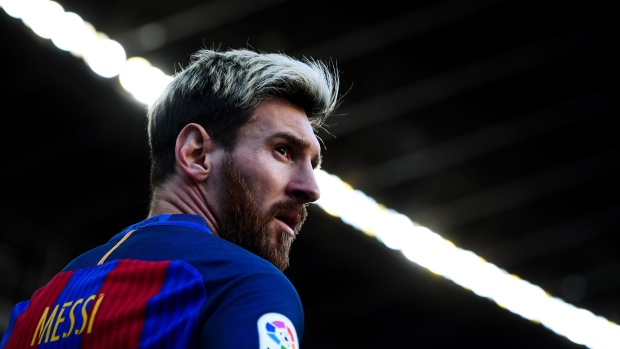 (Bloomberg) -- Benchmark, the venture capital firm that was an early backer of Uber Technologies Inc., Twitter Inc. and EBay Inc., is leading a $50 million investment into Sorare, a digital network focused on global soccer stars such as Lionel Messi and Mohamed Salah.

Other investors include venture capital firm Accel, Reddit Inc. co-founder Alexis Ohanian and Barcelona striker and Messi teammate Antoine Griezmann, Paris-based Sorare said Thursday in a statement. The new cash brings Sorare’s total investment to $60 million as it has seen sales skyrocket 130 times to about $6.5 million this month from $50,000 in January 2020, according to co-founder and Chief Executive Officer Nicolas Julia.

The firm creates digital items known as non-fungible tokens, or NFTs. Unlike Bitcoin, an NFT is meant to be unique and might be created in small batches. Like Bitcoin, an NFT represents a digitally scarce good that is authenticated by its transaction history recorded on a blockchain. In the case of Sorare, the good is a soccer card that users collect to create fantasy teams that compete weekly.

“Human beings have been collecting for centuries, it’s something we do,” Julia said in an interview. “This is a product that could bring the crypto asset class to millions of people.”

With more than 4 billion soccer fans worldwide, Sorare has an enormous market to tap. The firm uses part of its revenue to pay out prizes to winners each week that are denominated in ether, the cryptocurrency native to the Ethereum blockchain that powers Sorare.

Julia is a fan of the French side Marseille (“It’s not a great season,” he said of the team that sits seventh in the top French league). His company doesn’t play favorites, however, offering player cards from more than 130 clubs around the world. While most cards sell for $5 to $10, a one-of-a-kind card of Cristiano Ronaldo sold for a record $102,000 on Feb. 21.

Sorare has 12 employees and plans to triple in size with the investment. They are creating a mobile app and will begin marketing, Julia said. They’re also working on new offers, such as arranging for a fan who owns a Sorare card of Liverpool’s Sadio Mane, for example, to get a discount on tickets to a match at the club’s home of Anfield, Julia said.