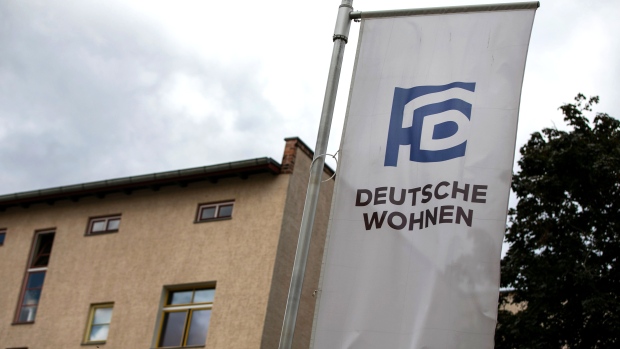 Germany’s two biggest landlords are selling the apartments as part of an effort to combine. The deal was announced Friday at a news conference by Matthias Kollatz, the city’s senator for finance.

Vonovia and Deutsche Wohnen offered to sell the apartments as well as build some 13,000 new units and limit rent increases to try to ease public concerns about rising living costs. The combination to create a housing giant with more than 500,000 residential units across Germany is being closely watched in Europe’s biggest economy, which has a larger share of tenants than in most other developed nations.

Affordable housing has become a hot-button political issue across Germany and particularly in the once-cheap capital. Surging rents in Berlin have sparked mass demonstrations and spurred a referendum seeking to force the city to expropriate large landlords.

The vote on the non-binding measure will take place on Sept. 26, the same day as the national and Berlin-state elections. Most political parties have vowed to try to control rent increases across the country, with the main focus on building more housing.

“Timing the proposed deal during a key election year -- and with various politicians proposing to restrain rent rises -- seems controversial. Yet the two landlords have hedged their future by engaging early with key stakeholders.”

Berlin is particularly exposed to the issue because much of its social housing was sold in the aftermath of reunification. The city’s population growth stemming from its emergence as a start-up hub has created a squeeze and attracted investors.

Organizers of the Berlin referendum said the deal announced Friday shows its concept can work to restore balance in the housing market, but criticized the price and how the transaction was negotiated.

“Berlin needs transparent and affordable socialization and not gifts for real-estate companies hashed out in a back room,” said Moheb Shafaqyar, a spokesman for the referendum organizers.