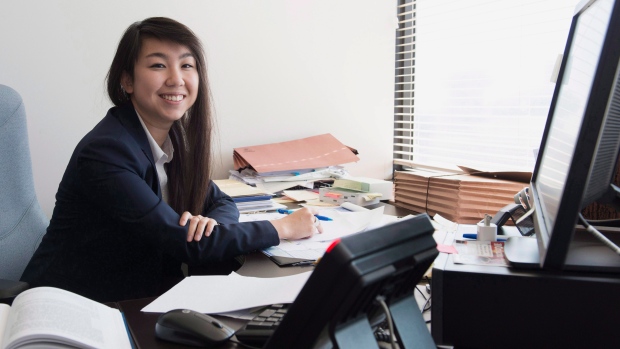 Jennifer Chan sits at a desk in her Legal Aid office in Toronto on Monday Sept. 11, 2017. Chan is just beginning her law career. But she expects to work longer than many of her male colleagues, citing student debt, a gender pay gap and, if she decides to have children, expected family obligations that could delay retirement. , The Canadian Press/Doug Ives

When it comes to the quality of life for women in Canada, not all cities are created equal.

The latest study released Tuesday by the Canadian Centre for Policy Alternatives (CCPA) ranked Victoria as the best city to live in as a woman. Windsor, for the second year in a row, has found itself at the bottom of the list.

The report provides a snapshot of “inequalities that can be attributed, at least in part, to discrimination based on gender,” according to the CCPA’s news release. It focused on women’s economic and personal security, education, health, and positions of leadership in Canada’s 25 largest cities.

It found that in Victoria, B.C., women hold a greater number of leadership positions compared to the rest of the country, accounting for nearly half of the elected and senior management positions in the region. However, the study noted the wage gap in Victoria has worsened slightly over the past five years.

But, while the economic conditions for women may vary throughout the country, the study noted that every city is still struggling “with stubbornly high rates of sexual and domestic violence.” It found that sexual assault rates have barely changed over the past decade.

“Statistics will never be a substitute for the full experience of lives lived,” McIntuff said in the news release.

But, she added, the numbers can help leaders indicate areas that require further scrutiny. As “signposts,” she said, “they mark the spot where more attention is needed from our political leaders and policymakers.”

Here’s the full ranking, from the best to the worst Canadian city for women.