Retailers need to think of the future not as a restart, but as a reset: Former Best Buy CEO

Adjusted operating income will amount to “slightly higher than four per cent” of sales in the current fiscal year, the consumer-electronics retailer said in a statement Tuesday as it reported third-quarter results. That’s up from the previous forecast of four per cent, although it’s still lower than the company’s expectations early this year.

Best Buy also said comparable sales are now expected to fall only 10 per cent this year, slightly better than the previous forecast of an 11 per cent decline.

The shares rose 7.4 per cent at 7:21 a.m. in premarket trading in New York. If that gain holds, it would be the stock’s biggest increase since May 25. 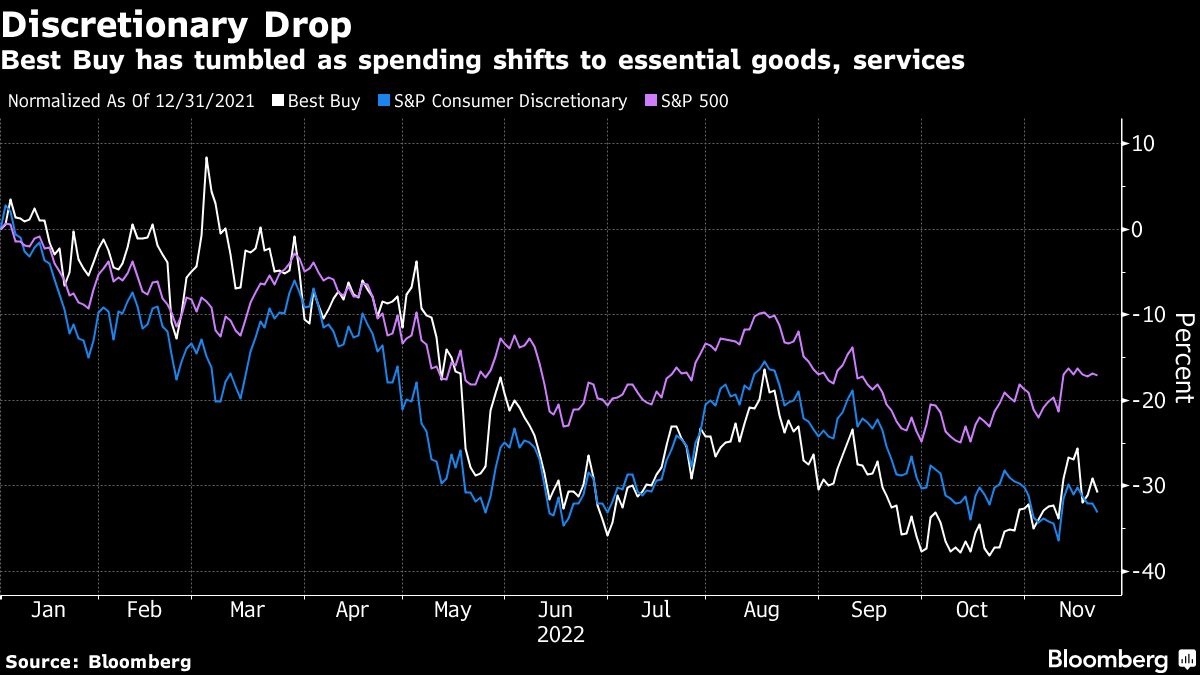 The improved outlook underscores the retailer’s ability to navigate waning U.S. demand for televisions, computers and appliances amid soaring inflation. The company has been paring jobs to cut costs as higher prices for basic goods have forced consumers to pull back on discretionary goods.

The company attributed the forecast boost to better-than-expected results in the third quarter while keeping its expectations for the holiday quarter unchanged.

Best Buy Chief Executive Officer Corie Barry said in the statement that the retailer is “managing well what is in our control.”

Best Buy incurred US$26 million in restructuring charges during the quarter, mainly from employee-termination benefits connected to a streamlining program that began in the second quarter. Additional charges are expected the rest of the year, Best Buy said.

The company resumed stock buybacks this month after a pause in the second quarter. Best Buy said it expects to spend about US$1 billion on share repurchases this year.

The stock had fallen 30 per cent this year through Monday, compared with the 33 per cent drop in an S&P index of consumer-discretionary companies.

Company executives are scheduled to discuss the results with analysts and investors at 8 a.m. New York time.