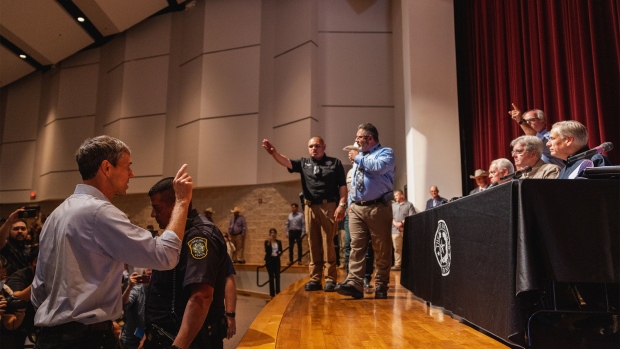 (Bloomberg) -- Beto O’Rourke, Democratic candidate for governor of Texas, interrupted a conference held by Republican incumbent Greg Abbott a day after 21 people were killed in a mass shooting at an elementary school.

As Abbott turned the microphone over to his lieutenant governor, O’Rourke approached the school stage. A back-and-forth ensued, with Senator Ted Cruz telling O’Rourke several times to sit down and Lieutenant Governor Dan Patrick telling O’Rourke he was a disgrace.

O’Rourke, who has been vocal about the need for gun control, continued to shout as he was escorted out of the Uvalde school auditorium. His comments were not audible on live feeds.

“Now is not the time to politicize pain and suffering,” Dade Phelan, House Speaker, said after the outburst.