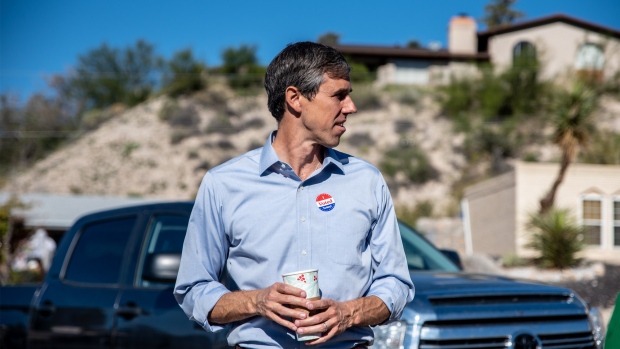 Democrat Beto O’Rourke urged full legalization of marijuana in the U.S. in remarks on the first day of his 2020 presidential run, but also called for stigmatizing the drug like tobacco to discourage children from using it.

The former Texas congressman said at a campaign event in Iowa Thursday that as marijuana use has increased, tobacco use has “plummeted” in the last 40 years as it has been treated as a public health issue and marketed as “not cool.”

“Middle schools are one of the fastest-growing markets for marijuana sales today,” O’Rourke said Thursday at a campaign event in Iowa. The use of pot is not healthy for kids whose brains are still developing and it may stunt their potential in later life, according to the 46-year-old father of three children.

A key reason to legalize pot would be to reduce the number of people of color jailed on drug offenses, O’Rourke said. Even though people in the U.S. use illegal drugs at the same rate, “only some face arrest,” he said.

“We can free ourselves from the distinction of being the country that imprisons more of its fellow citizens than any other country on the face of the planet,” O’Rourke said. “And guess what? By and large they do not look like this room. They are browner and blacker than most of America.”

While he narrowly lost his U.S. Senate race to incumbent Republican Ted Cruz last year, O’Rourke managed to build a nationwide following with his unconventional, optimistic style combined with a populist message that brought in almost US$80 million in primarily small donations.