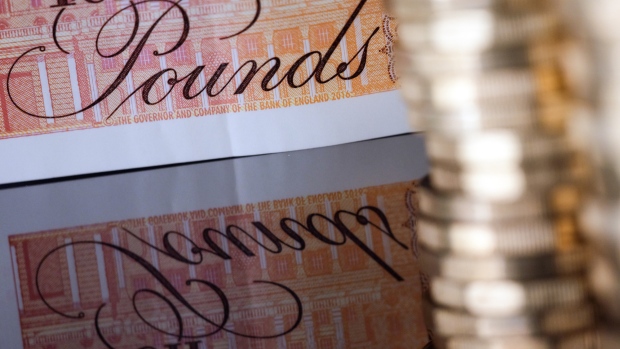 It seems a consensus is finally emerging on Brexit -- no, not about the vote, but the fate of the beleaguered pound.

A gauge of trader positioning from Citigroup Inc. shows short bets on sterling at their highest levels since December and the bearish wagers are set to rise even further, according to market participants. The rationale: Britain just can’t seem to agree on a Brexit deal -- and the uncertainty will keep bruising sentiment toward the most-volatile Group-of-10 currency this year, said Jingyi Pan, strategist at IG Asia Pte in Singapore.

“The closer we get to the Brexit deadline without a clear resolution, the more nervous markets will become,” she said in Singapore. “You’re just going to see those short positions build up further.”

Wagers sterling will fall come as the U.K. looks set to delay Brexit -- a move that could lead to a radical rethink of its divorce terms with the European Union. Lawmakers voted to avoid a no-deal split on Wednesday in a decision welcomed by markets, although it did little to suggest what kind of Brexit a majority might support. Legislators will now vote on a postponement to the current March 29 deadline.

The pound has gained almost 4 per cent this year to become the top-performing G-10 currency amid hopes Britain would not violently crash out of the bloc. The currency was 0.6 per cent lower at 1.3253 per dollar in Asia trading Thursday, erasing some of Wednesday’s 2 per cent gains.

While sterling has recently rallied as investors latched on to the hope of a Brexit deadline extension, that euphoria may be short-lived, said Marcus Wong, strategist at CIMB Bank Bhd.

“This is merely kicking the can down the road as the U.K. is hardly closer toward signing a Brexit deal compared to three months ago,” Wong said. “As such, investors may be increasingly positioning for a retreat in the pound once both sides continue under the vicissitudes of negotiations.” 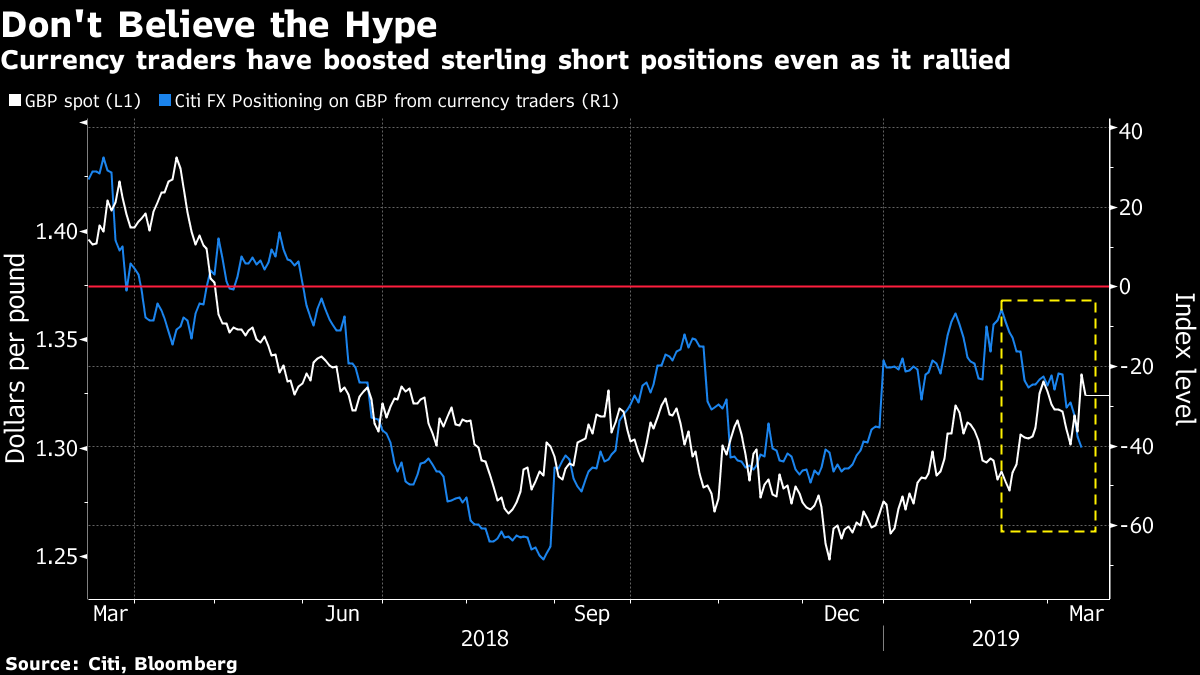