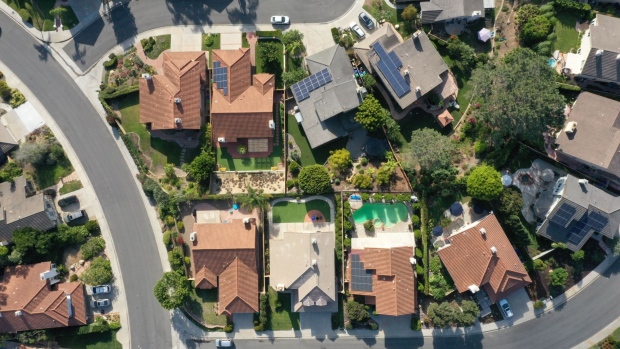 (Bloomberg) -- Better HoldCo Inc., a mortgage and real estate startup backed by SoftBank Group Corp., is pushing back its public listing through a merger with a blank-check firm, according to people with knowledge of the matter, after amending the deal a day before it terminated 9% of its workforce.

The company will seek new regulatory approval after revising the terms of the merger with Aurora Acquisition Corp., a special purpose acquisition company, said one of the people, who asked not to be identified discussing private information. That will push back the closing of the transaction, which the companies had previously announced was likely to happen in the fourth quarter.

On Nov. 30, Better and Aurora announced that the new agreement would include $750 million of bridge financing that Better would receive immediately.  An additional $750 million of the equity placement will be replaced by a more structured convertible note.

Under its previous terms, a subsidiary of SoftBank had committed to a $1.5 billion private investment in public equity, or Pipe, when the deal is completed.

Aurora and SoftBank said in the Nov. 30 statement that they are working towards completing the business combination ``in a timely manner.’’

The day after the new terms were announced, Chief Executive Officer Vishal Garg fired 900 employees in the U.S. and India via Zoom.