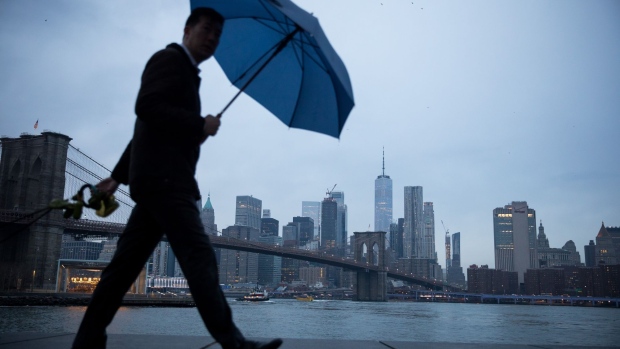 The U.S. labor market’s third straight month of solid improvement from the depths of the pandemic could very well be its last for a while.

Workers returned to low-wage jobs at restaurants and retailers, as major cities -- especially New York -- continued to reopen early in the month. Since then, though, many measures of activity have leveled off and a key relief program has expired with no agreement on a new deal.

The July jobs report also showed that millions of Americans who lost their jobs in the early days of the pandemic remain unemployed, with the overall rate still almost triple the pre-crisis level.

“We’ve had the easy gains and the labor market is becoming a little more difficult now,” said Brett Ryan, senior U.S. economist at Deutsche Bank AG. “Going forward, the expectation should be a gradual step-down“ and “it may not be a straight line in terms of improvement every month.”

Employers added 1.76 million jobs in July, about 300,000 more than economists expected, according to data Friday from the Labor Department. The unemployment rate fell by about 1 percentage point to 10.2 per cent, just above the peak following the 2008 financial crisis but a marked decline from almost 15 per cent at the height of the pandemic.

Further job gains are looking increasingly difficult with no vaccine yet in sight, and several signs point to weakness in months ahead: a federal $600 supplement to weekly unemployment benefits, which provided extra cash to prop up households, expired at the end of July. That means fewer dollars spent into the economy and at businesses, which also face the end of funds through the Paycheck Protection Program.

The jobless payments are particularly important with millions unemployed for months now. Out of the 16.3 million unemployed Americans in July, almost 8 million had been out of work for 15 weeks or longer, or roughly since the start of the pandemic. That figure was up 4.7 million from June.

Meanwhile, negotiations over extending the relief have stalled.

“The talks are rather stalemated right now,” White House economic adviser Larry Kudlow said on Bloomberg Television after the report Friday. Despite that, President Donald Trump plans to use executive orders to get “certain priorities through” including a payroll tax cut and eviction moratorium, he said. Kudlow continued to call the economic recovery “V-shaped.”

But that recovery is on pause, casting a shadow over the labor market. High-frequency indicators show that economic and payroll activity slowed or declined in the weeks following the survey period for the government’s jobs report, which takes place early in the month.

“What we have is an economy that’s still adding back but with the slowing in the reopening, we’re setting August up for a very questionable report,” said Joel Naroff, president of Naroff Economics LLC.

U.S. equities were mixed on Friday as investors weighed doubts that lawmakers will be able to agree on a new round of economic stimulus with a better-than-forecast jobs report.

“Following an unprecedented swing from severe drop to sharp rebound, the economy is entering more conventional recession dynamics. A prolonged period of elevated unemployment and subdued participation in the labor market will weigh heavily on income growth, personal spending and top-line growth.”

Low-wage sectors led gains: payrolls at restaurants jumped by half a million, retail trade employment also increased, though at a slower pace, with more than 250,000 jobs added. Health care and social assistance payrolls rebounded as doctors’ offices continued to open and as demand for day care increased.

The report also showed a 241,000 jump in local-government employment, reflecting seasonal adjustments in the education sector.

While companies are hiring, including Amazon Inc., Alphabet Inc., Ford Motor Co. and D.R. Horton Inc., layoffs have been piling up in recent weeks, particularly in industries most affected by the pandemic. American Airlines Group Inc. advised that 25,000 jobs are at risk when aid expires and United Airlines Holdings Inc. said it would furlough one-third of its pilots. L Brands Inc., which owns Victoria’s Secret, said it would lay off 15 per cent of its workforce.

The July jobs report also showed little improvement for Black Americans, with their unemployment ticking down only slightly to 14.6 per cent, compared with 12.9 per cent for Hispanic workers, and 9.2 per cent for Whites. The jobless rate for women, who carry the most responsibility for childcare and homecare duties, fell to 10.5 per cent and for men it dropped to 9.4 per cent.