Rotating out of commodities and into tech: Jack Janasiewicz

Betting against tech has become a winning trade, with short sellers sitting on billions in paper profits as growth stocks slump.

“It was difficult to short for a while, because a lot of liquidity hit the marketplace,” said Brad Lamensdorf, a portfolio manager of the AdvisorShares Ranger Equity Bear ETF. “However, the past year or so has been a really great environment for us.” Lamensdorf’s fund has returned 22 per cent this year by shorting stocks. 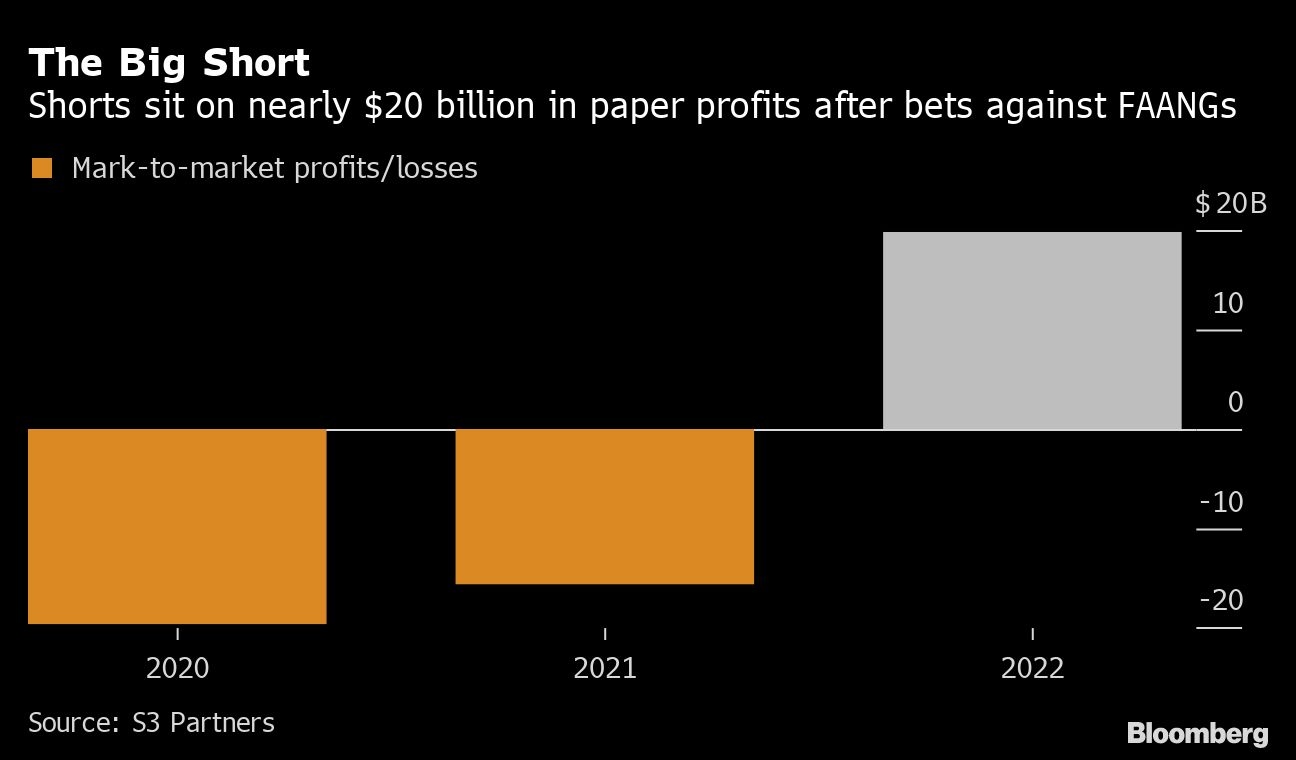 The windfall has been a long time coming. Spectacular gains for tech megacaps over recent years resulted in paper losses of nearly US$16 billion last year and almost US$20 billion in 2020 for those shorting the FAANG group, according to S3’s calculations.

“The buy-the-dip mentality made it very difficult to short in the past, because even if you were right about bad news, no one cared,” said Bill Fleckenstein, president of Fleckenstein Capital. “People laughed off problems all throughout 2021, but that’s not the case anymore.”

The tide has turned for previously unstoppable tech giants, with the NYSE FANG+ Index down 31 per cent and poised for its first annual decline on record, according to Bloomberg data going back to 2014. Investors have been fleeing growth stocks -- priced on earnings expected in the future -- in anticipation of further supersized interest rates hikes from the Federal Reserve and amid concerns about recession.

Short sellers borrow shares and sell them, hoping to buy them back at a lower price to profit from the difference. But getting the timing right is crucial. If share prices rise, they can lose money instead -- as was the case in 2020 and 2021, when the NYSE FANG+ Index soared.

Fleckenstein said he had stopped shorting in the past few years, even though many companies got “absurdly” priced, because quantitative easing prevented deep selloffs. “It has obviously gotten easier this year, though I still haven’t gotten too aggressive, since there’s so much volatility,” he said.

After years of outsized gains on optimism about big tech’s ability to continue its rapid growth, bets against the group have remained fairly small. Short interest as a percentage of total shares outstanding is less than 3 per cent in all of the FAANG stocks, according to S3 data.

And given the nosedive already experienced this year -- with the Nasdaq 100 down about 28 per cent -- it may get harder to make money betting on further declines for the sector. There also appears to be some optimism in the first three trading days of the second half of the year as the tech-heavy gauge adds almost 3 per cent in that time period with investors embracing risk after the rout.

“The easy money has been made on the short side,” said Dennis Dick, head of markets structure and a proprietary trader at Bright Trading. “It’s gonna be tougher going forward.” 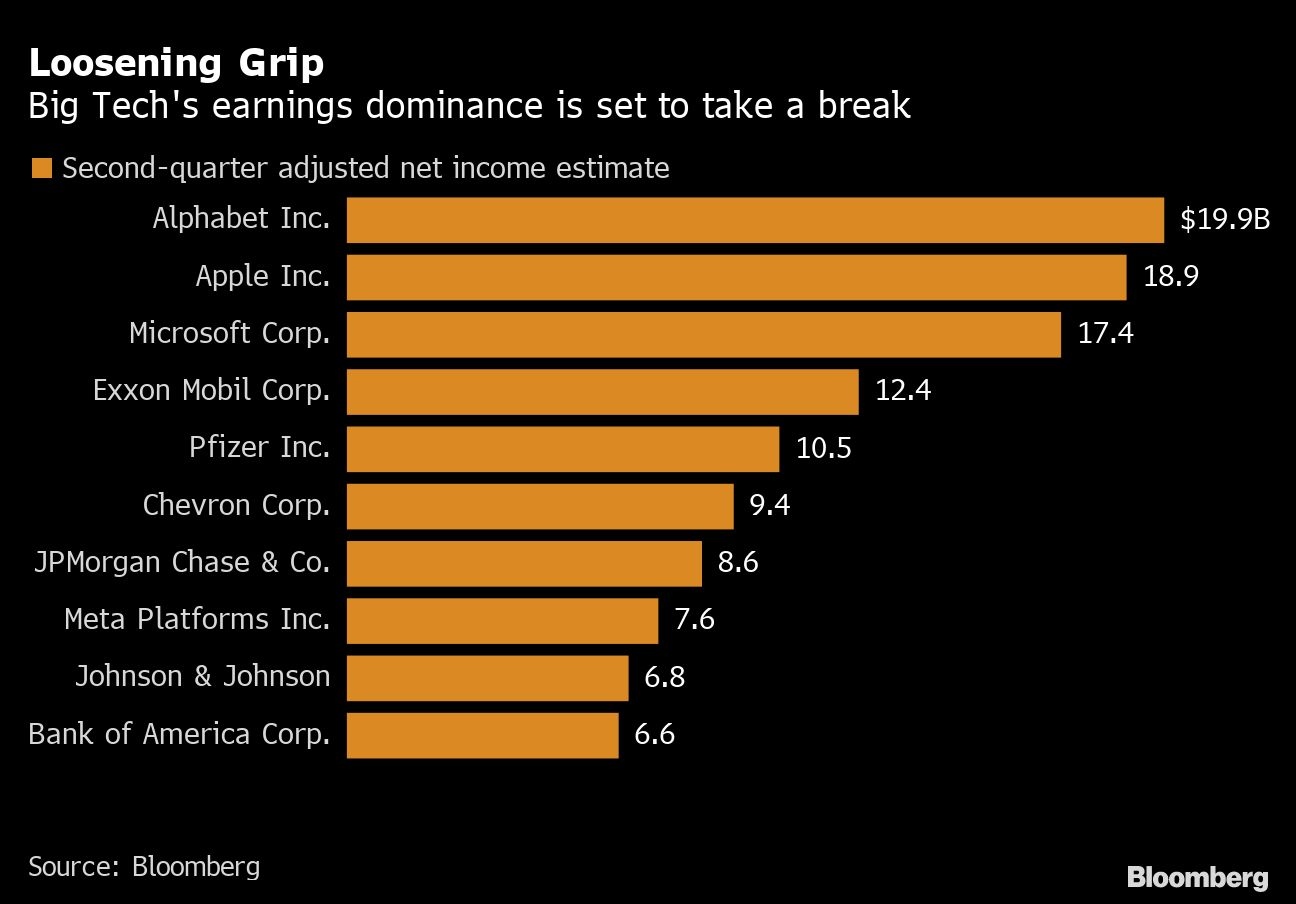 Big Tech’s earnings dominance is set to take a break as only four US technology firms -- Alphabet, Apple, Microsoft Corp., and Meta Platforms -- are expected to be among the top-ten earners in the latest batch of earnings reports. That’s the lowest level in at least two years, according to data compiled by Bloomberg.