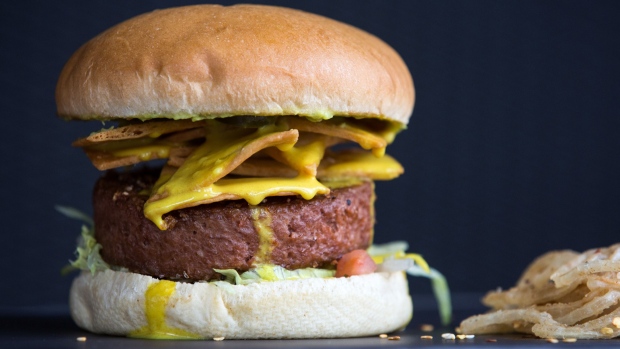 A "my way" burger, made with a Beyond Meat Inc. plant-based burger patty, sits on the kitchen pass ready to serve inside a TGI Friday's Inc. restaurant in Moscow, Russia, Sept. 27, 2019. Bloomberg/Andrey Rudakov

Beyond Meat Inc. shares briefly fell below US$100 for the first time since June as fears of more insider selling next week overshadowed earnings expectations.

The stock fell 8 per cent on Wednesday, to the lowest since June 3. The decline trimmed Beyond Meat’s post-IPO gains to 292 per cent.

The plant-based meat maker has been on the decline since late July, when some holders, including CEO Ethan Brown took advantage of an early secondary offering to sell shares a steep discount. The news put a damper on what had been another upbeat earnings report from Beyond Meat. Investors worry the same could happen when insider-selling restrictions expire on Oct. 29, the day after earnings.

Beyond Meat’s third-quarter revenue is expected to triple from the same period last year given the rising number of partnerships with retailers and restaurants, Bloomberg Intelligence analyst Jennifer Bartashus wrote. Profit is still “elusive” as investments in R&D and infrastructure continue to weigh on results.

The El Segundo, California-based company reports after the bell on Monday. 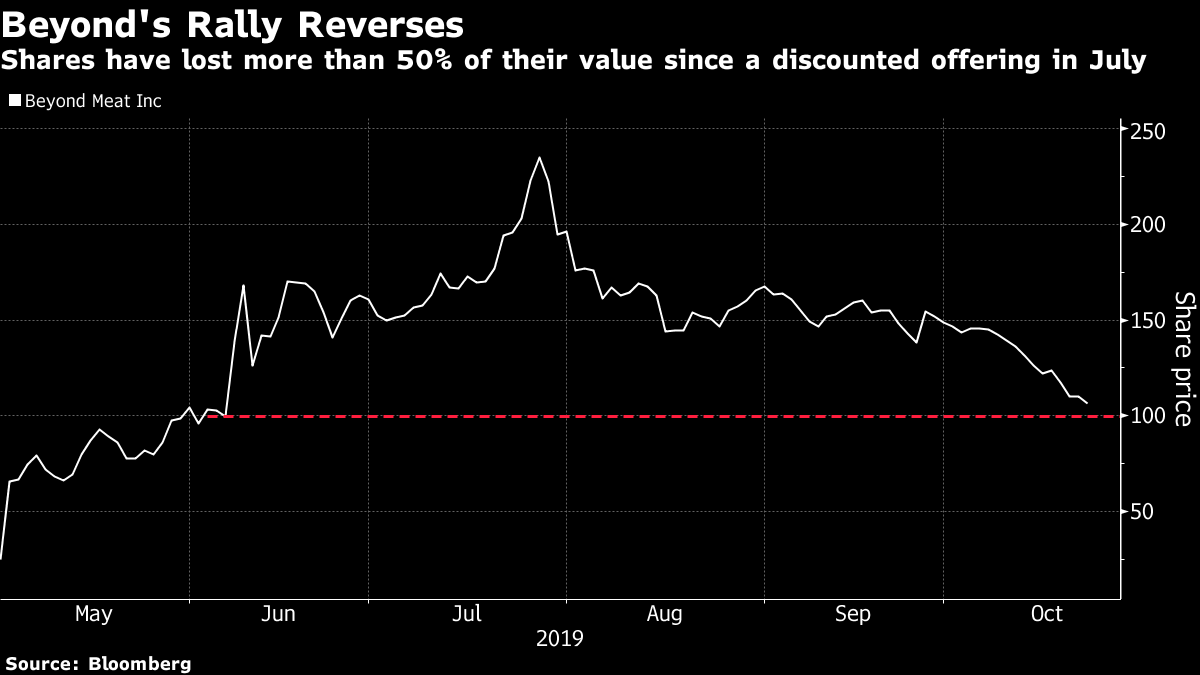