Investors took a bite out of Beyond Meat Inc.’s share price on Tuesday after a wild ride the day before amid confusion over its involvement with McDonald’s Corp.’s plans to develop a "McPlant" meatless burger. Those fuzzy plans weren't the only thing weighing on shares, though. On Monday evening, Beyond Meat reported sales growth that was well below analysts’ expectations, a shift it blamed in part on the oddities of COVID-19-era consumer behavior. In particular, executives said America’s freezers were full, making it harder for its lineup of plant-based meat alternatives to get on the shopping list. The stock plunged 15 per cent.

The early days of the pandemic prompted a highly unusual wave of panic-buying; since then, investors have focused on how the consumer staples industry is recovering from and grappling with stockpiling. Less discussed is the companion behavior, destocking, in which consumers work through their stashes. The situation at Beyond Meat suggests this aftermath of pantry-loading also has the potential to create meaningful volatility and disruption for these companies, adding to their already-long list of challenges.

Beyond Meat said third-quarter sales at its retail division were up 39 per cent from a year earlier, a far slower pace of growth than the 192 per cent increase it recorded in this segment in the quarter ended in June. Sales growth was held back by aggressive promotions aimed at getting more shoppers to try their product, and intense competition likely also played a role. Meanwhile, revenue from its food-services unit slumped as restaurants remained challenged. But executives also emphasized that a major component of the slowdown was the secondary effect of the initial wave of pantry-loading. 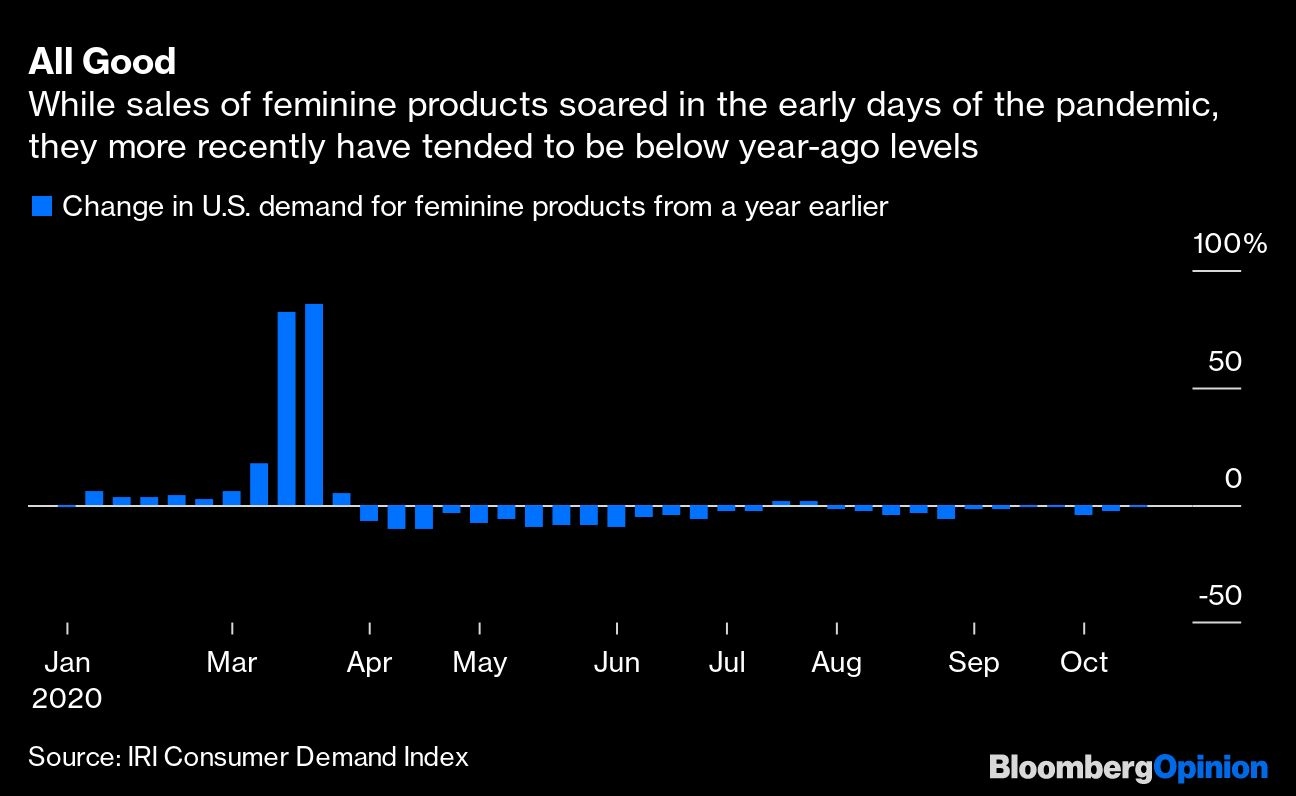 Other consumer staples companies have noted such a pattern. Back in July, Colgate-Palmolive Co. said it saw softness in many categories in its European business because of this behavior. J.M. Smucker Co. said that pantry destocking affected its latest quarterly sales of dog food. That makes sense. After all, it’s not like dogs went out to restaurants before the pandemic, so it stands to reason people wouldn’t be working through those stashes especially quickly. It’s a similar story in the feminine-care aisle. After a major spike in sales in this category in the beginning of the pandemic, data show sales cooled dramatically for a while, as women presumably used up the products they grabbed in a panic in March.

Beyond Meat’s downside surprise – and the reasons behind it – may be a foretaste of how choppy things could be for all sorts of consumer staples makers in the coming months. Just as the pendulum swung from stockpiling in the spring to destocking in certain categories in the latest quarter, it may soon swing right back again to stockpiling.

The U.S. is recording a fresh increase in COVID-19 cases, raising the specter of another period of stay-at-home orders. More generalized fears about the pandemic potentially worsening in the winter – and colliding with flu season – could also spur people to prepare to be more strictly hunkered down. That has led to chatter about a potential second wave of stockpiling. Doug McMillon, CEO of Walmart Inc., said in October that his company was starting to see “stock-up behavior” again in certain local markets as Covid-19 cases rise. Kroger Co. is putting limits on how many packages of toilet paper customers can buy per trip, an effort that appears aimed at avoiding empty shelves should the stockpiling mind-set take hold again.

Shoppers’ unpredictable behavior will make it extremely difficult for newcomers like Beyond Meat as well as stalwart retailers and packaged food giants to deliver steady sales results in the near future.  Beyond Meat’s wild ride may just be the beginning.