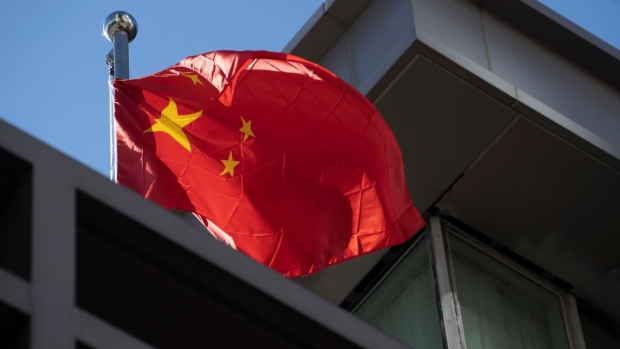 Commerce Secretary Gina Raimondo, who has been leading the administration’s work on the bill, is calling GOP lawmakers and lobbying them to vote for it -- or at the very least not publicly oppose it, according to a person familiar with the effort. The administration also has enlisted business groups to help.

The bill is a priority for President Joe Biden, but progress had been stalled since the Senate passed its own version of the legislation with bipartisan support last June. House Democrats this week unveiled their latest iteration in an attempt to get negotiations started on a measure that can pass Congress in the coming weeks.

But House Republicans, including those who sit on committees that have jurisdiction over many of the provisions, came out forcefully against the measure. They criticized House Speaker Nancy Pelosi and her caucus for proposing a hyper-partisan bill and shutting them out of the negotiating process.

Representative Michael McCaul, a Texas Republican and co-sponsor of the CHIPS Act to aid the semiconductor industry -- a key component of the broader China competitiveness package -- called on Pelosi and other House Democrats to work with Republicans on a revised version.

“I appreciate the outreach from Secretary Raimondo because the CHIPS Act is important,” McCaul said in a statement. But he said he is “still a very loud NO” on the House legislation as it stands. “I can’t imagine she will change any House Republican opposition,” he also said.

Other House Republicans are privately holding strong against the measure and predict it won’t get any GOP votes in that chamber.

Raimondo’s message to wary Republicans is that while they may not like every part of the bill, it’s important to pass it and get to negotiations with the Senate, where they can make changes.

“One thing I can predict to you is that the bill which the president ultimately signs will not look exactly like the bill proposed last night,” Raimondo said Wednesday in an interview on Bloomberg Television. “So let’s get together. The bones are bipartisan. Let’s get to a conference. This is a good starting point.”

Portions of the House bill have broad support among the business community.

The House bill, “which includes many components of the overwhelmingly bipartisan” Senate one, “is a major step forward,” National Association of Manufacturers President and CEO Jay Timmons said in a statement. “Lawmakers can feel confident that supporting this bill means supporting the future of manufacturing in America.”

Raimondo is scheduled to attend the National Governors’ Association this weekend and is expected to make the case for the bill with governors there.