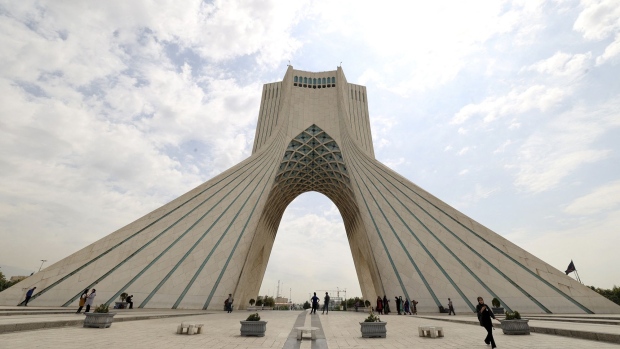 (Bloomberg) -- The US imposed sanctions on a Chinese crude-oil storage operator and nine other entities accused of violating restrictions on Iranian oil exports, as the Biden administration looks for ways to sever a financial lifeline and press Tehran to return to the 2015 nuclear deal.

The sanctions targeted Zhonggu Storage and Transportation Co. Ltd., a company that “provides a vital conduit for the Iranian petroleum trade,” the State Department said in a statement. Nine other entities from China, Hong Kong, Iran, India and the United Arab Emirates were also targeted, it said.

In a separate statement, the Treasury Department said the sanctions focused on a network of companies tied to the sale of “hundreds of millions of dollars’ worth of Iranian petrochemicals and petroleum products to end users in South and East Asia.”

Iran has stepped up oil exports in the face of a sanctions regime that went back into effect after former President Donald Trump quit the multinational Iran nuclear deal in 2018. Those exports have recently fallen from a peak of 1 million barrels a day as Tehran faces increased competition from Russia, which is eager to sell at discounted prices to counter a separate array of sanctions imposed over the war in Ukraine.

The Biden administration started talks to return to the multinational accord known as the Joint Comprehensive Plan of Action shortly after coming into office. But those talks have run aground over Iran’s insistence that President Joe Biden guarantee any future US administration won’t quit the deal as Trump did -- something US officials say he can’t do.

“As Iran continues to accelerate its nuclear program in violation of the JCPOA, we will continue to accelerate our enforcement of sanctions on Iran’s petroleum and petrochemical sales under authorities that would be removed under the JCPOA,” the State Department said.

A return to the deal could bring relief to Iran’s lucrative oil trade, but most analysts doubt it will be restored before the US midterm elections in November, if then. Iran has found no shortage of buyers -- mainly from China -- willing to buy its oil in the meantime.

The US should end its “wrong policy” of applying sanctions and do more to resume negotiations with Iran, Chinese Foreign Ministry spokeswoman Mao Ning said Friday at a regular press briefing in Beijing.

(Updates with comment from China’s Ministry of Foreign Affairs.)