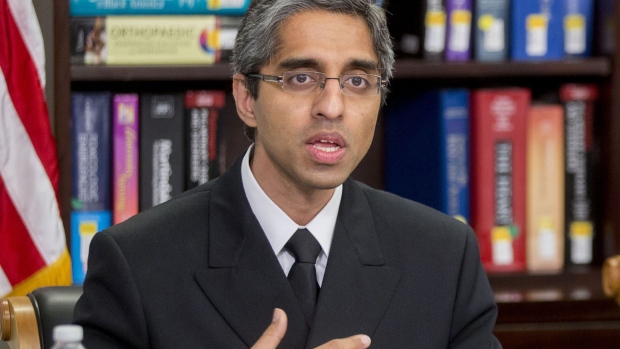 (Bloomberg) -- Joe Biden’s panel of coronavirus advisers will be led by two veterans of fierce political fights in the past, and one seen as a rising star in addressing the inequities of the health-care system.

All three -- David Kessler, Vivek Murthy, and Marcella Nunez-Smith -- are physicians with well-established resumes. Kessler, a former Food and Drug Administration chief, and Murthy, a former surgeon general, together have served under four presidents. And while Nunez-Smith is less known in political circles, her role in creating a leading program to promote health equity will hearten those concerned about Covid’s impact on communities of color.

Biden’s focus on medical professionals drew an immediate contrast with President Donald Trump’s task force, led by Vice President Mike Pence. While that panel includes veteran government scientists such as Anthony Fauci, Trump stayed away from meetings and frequently steamrolled the group when its recommendations conflicted with his political considerations.

“These people aren’t going to have to swear a blood oath to Biden, and Biden will listen to them,” said Ira Loss, an analyst for Washington Analysis since before Kessler was commissioner.

The three co-chairs will lead a group of 10 other bold-faced names in health care to advise Biden, who campaigned aggressively on controlling the virus’s spread. While the selections were generally well received within the medical and scientific communities, the absence of current state and local public-health officials drew concern.

“The solutions have to be targeted to realistic environmental circumstances and they have to address real-life problems that right now are going on in our states, counties and cities,” said Lori Tremmel Freeman, head of the National Association of County & City Health Officials.

Her organization, she said, is trying to determine if any health officials were asked to participate.

Meanwhile, William Schaffner, a professor of preventive medicine at the Vanderbilt University School of Medicine, said Biden’s choices will be “well-recognized and respected by the medical community. And putting them out in front,” he said, “as opposed to putting politicians out in front, I think is a major first step.”

Kessler led the FDA for six turbulent years under George H.W. Bush and Bill Clinton. While he was lauded for making the drug-approval process more efficient, he also made fervent political enemies when he pushed to regulate the sale of tobacco as a drug. And he drew criticism for his inability to keep some dangerous dietary supplements off the market.

In 2008, Murthy co-founded Doctors for America, an 18,000-member physician group that advocated for the Affordable Care Act. His later nomination as surgeon general by Barack Obama was delayed by zealous Republican resistance for more than a year because of his stated view that gun violence should be seen as a public-health threat. He was ousted four months into the Trump administration.

Nunez-Smith is founding director of the Equity Research and Innovation Center at the Yale School of Medicine. A native of the U.S. Virgin Islands, she is described as a “rock star” by Elizabeth Fowler, the executive vice president for programs at the nonprofit Commonwealth Fund.

The larger group includes Luciana Borio, a veteran of the FDA and National Security Council; Rick Bright, the former director of the Biomedical Advanced Research and Development Authority who became a whistle-blower in the Trump administration; and Atul Gawande, the surgeon and author.

In the months ahead, the trajectory of the virus will depend on people’s behaviors, including their willingness to wear masks and take an eventual vaccine. That will require building trust, particularly within communities that have historically had reasons to distrust medicine and other authorities.

Jim Duffett, who was national executive director at Doctors for America in 2018 and 2019, describes Murthy as someone with ”a unique voice for the medical community. He’s a strong listener who lets you get your point across,” he said, “and then he weighs in with a gentle voice that can be very engaging.”

“You feel at ease,” he said, even if you disagree.

Elizabeth Bradley was on the faculty at Yale when Nunez-Smith arrived there as a post-doctoral fellow. She recalled working together on an early paper that documented the experiences of physicians of African descent and how race shaped their work lives.

“All of her research since has been about equity and inclusion,” said Bradley, now president of Vassar College.

“What she’ll bring to this committee is the perspective that Black and brown bodies have suffered more in Covid,” Bradley said. “And if we plan ahead, there should be ways to make our health-care delivery more equitable and save some of those lives.”

Biden is “bringing on the A-team,” the Commonwealth Fund’s Fowler said. “But it’s also very balanced in terms of the perspective and the expertise that they bring.”