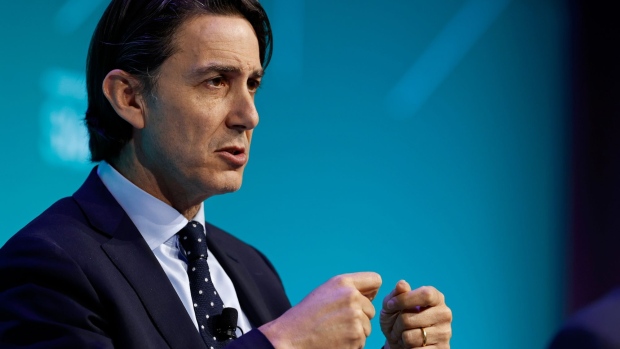 (Bloomberg) -- President Joe Biden said he’s disappointed by the surprise OPEC+ decision to slash oil production, but that he doesn’t regret a trip to Saudi Arabia just three months ago in which he urged its leaders to keep crude flowing.

“Disappointment. And we’re looking at what alternatives we may have,” Biden told reporters at the White House when he was asked his reaction to the cut. He said no decision has been made yet on how to respond to the OPEC+ move.

“There’s a lot of alternatives. We haven’t made up our mind yet,” said Biden.

He added that he didn’t regret his trip to OPEC+ leader Saudi Arabia in July because the visit wasn’t about oil.

And while energy was among the topics discussed on a separate, more recent trip there, the size of OPEC+’s cut this week was unexpected, according to Biden’s top energy advisor Amos Hochstein.

“I did not walk away with that understanding,” Hochstein said Thursday in a Bloomberg Television interview, referring to his trip. But “that’s two weeks ago. I guess a lot can happen in two weeks in the global markets.”

OPEC+ on Wednesday announced plans to slash output by 2 million barrels. The actual supply cut is expected to be smaller because several member nations were producing below their quotas.

The decision hasn’t had as significant an effect on prices as the White House expected, Hochstein said earlier on Thursday. He said earlier in a separate interview with Bloomberg that he didn’t know how the administration may respond, including whether the White House would back legislation allowing the US to sue OPEC+ for manipulating markets or take other aggressive measures.

“We’re going to take a multitude of steps with the private sector in the United States, with our allies, with the SPR, and we’re going to talk to Congress about what kind of tools we may need,” Hochstein said on Bloomberg TV. “We’re not quite sure what we need, but we’re going to have that conversation to make sure we have every tool available to us.”

West Texas Intermediate futures were trading near $88 per barrel on Thursday after jumping 10% over the previous three sessions.

The OPEC+ move, which the US unsuccessfully tried to stave off, drew swift condemnation from the White House. Biden has sought more production from Saudi Arabia and other oil producers as he seeks to battle energy-driven inflation that could doom Democrats in the November midterm elections.

Hochstein disputed that the threat of US regulation is holding back domestic oil producers from ramping growth, citing increased spending and output this year.

“For the last several months, we have had conversations with the leadership of almost every major oil producer in the United States, told them, ‘What do you need to incentivize production?’” Hochstein said. “They have what they need. They do not need anything else.”