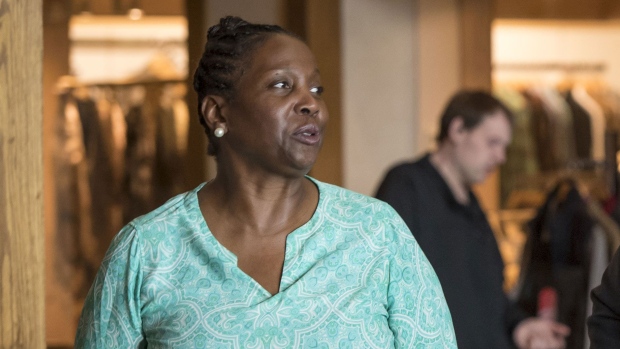 (Bloomberg) -- When it comes to economic policy, President-elect Joe Biden is putting racial disparities high on the agenda as he assembles his administration.

The incoming president tapped Mehrsa Baradaran, whose book “The Color of Money” is a key reference on the racial wealth gap, to prepare the Treasury Department for the transition. She’s joined by Lisa Cook, an economist at Michigan State University, on the “landing team” for the Federal Reserve and banking and securities regulators. They are among more than 500 experts who will focus on race as they shape Biden’s policies on issues like housing, health and small-business lending. Baradaran declined to comment, and Cook referred questions to the Biden team.

“It’s an incredible signal to the Black community,” said Anna Gifty Opoku-Agyeman, co-founder of the Sadie Collective, a nonprofit working to get more Black women in economics. “This administration is going to be focused on thinking about: ‘How do we build up Black wealth? How do we close this racial wealth gap?’”

Disparities in economic opportunity and achievement have been a prominent topic in the U.S. this year, since the summer’s widespread demonstrations against racism and police brutality. Federal Reserve Bank of Atlanta President Raphael Bostic, the first Black Fed president in the central bank’s 106-year history, has said systemic racism is both an economic and a moral issue.

Biden and Vice President-elect Kamala Harris are emphasizing diversity as they prepare to assume power next year. Women comprise more than 50% of the new administration’s landing teams, according to the transition team, and more than 40% of advisers are from groups that are historically underrepresented in the federal government, like racial minorities, people with disabilities and those who identify as LGBTQ.

“Having these individuals who are representative of their community in the actual room where they can voice their perspective and have their perspective actually translate to policy — it matters more than you think,” Opoku-Agyeman said. Next, she said, she will watch to see whether progressive-leaning advisers can drive policy change.

Among Biden’s other experts on the racial wealth gap are:

Such personnel decisions hint at the incoming administration’s emphasis on addressing disparities.

“Inequality in our economy causes a lot of problems,” said Ben Zipperer, an economist at the Economic Policy Institute. “There’s a growing awareness that we can actually do something about it.”