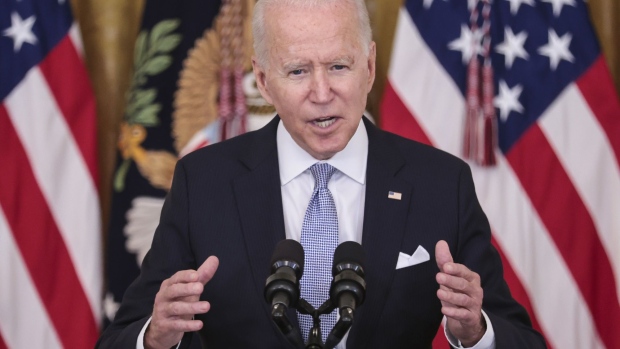 (Bloomberg) -- President Joe Biden is hosting a meeting at the White House on Friday with Cuban-American leaders to discuss the largest demonstrations in decades that erupted in Cuba earlier this month.

The meeting comes the same day the administration announced sanctions against a Cuban police force and its leaders in response to violence against the demonstrations.

The Biden administration is also exploring ways to provide Cubans with internet access so that they can communicate and monitor how the government is treating protesters, said a U.S. official, who discussed the matter on condition of anonymity.

Human rights groups say 500 to 600 people have been jailed in Cuba after one of the largest protests in decades was followed by one of the broadest crackdowns in recent memory. The true figure may be even higher, since many families are afraid to come forward.

The uproar poses a political challenge for Biden as Republicans claim that Democrats have been soft toward the communist regime. The issue has long resonated in key battleground state Florida because of its large Cuban-American population.

The administration is also weighing how to enable remittances from Cubans in the U.S. to relatives back home and plans to restaff the American embassy, the official said.

Last week, Biden leveled sanctions against the chief of Cuba’s military and its interior ministry, saying that those sanctions were “just the beginning.”